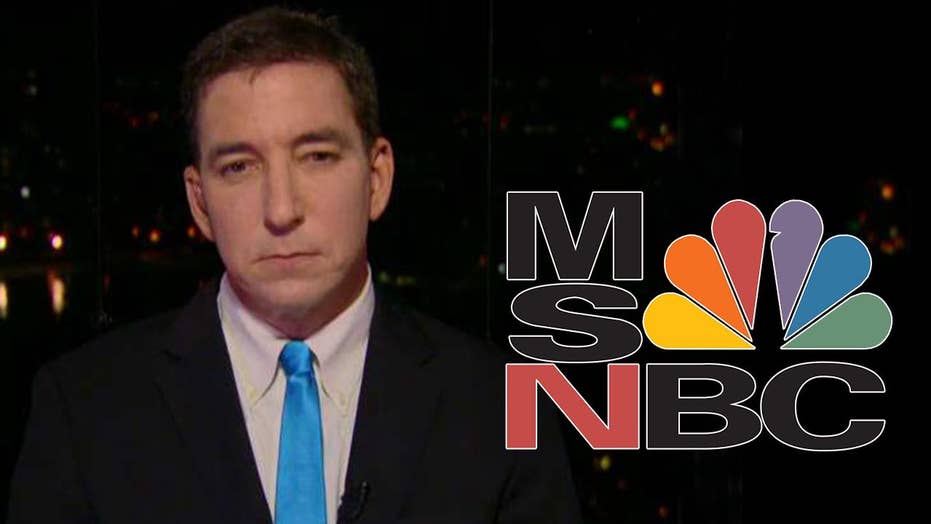 Glenn Greenwald, co-founder of “The Intercept,” claims he was banned from appearing on MSNBC for questioning the Russia collusion narrative and ripped the network for championing “the whole scam” throughout its coverage of Robert Mueller's investigation.

“Let me just say, [MSNBC] should have their top host on primetime go before the cameras and hang their heads in shame and apologize for lying to people for three straight years, exploiting their fears to great profit,” Greenwald told Fox News’ Tucker Carlson on Monday night.

He continued: “These are people who were on the verge of losing their jobs. That whole network was about to collapse. This whole scam saved them. And not only did they constantly feed people for three straight years total disinformation; they did it on purpose.”

On Twitter, Greenwald slammed MSNBC, saying the “lack of contrition, humility or even acknowledgment of error from MSNBC stars is stunning.”

Greenwald told Tucker that he along with a “whole slew” of left-wing journalists were banned by the network.

“They wanted their audience not to know that anybody was questioning or expressing skepticism about the lies and the scam that they were selling because it was profitable,” he claimed.

Greenwald is one of a small number of left-leaning journalists who was vindicated over the weekend when attorney general William Barr released a summary of Mueller's report that said the special counsel found no evidence of collusion between members of the Trump campaign and the Russians during the 2016 presidential election.

President Trump on Tuesday declared that the conclusion of the Mueller investigation has discredited media “all over the world” for its coverage.

“The Mainstream Media is under fire and being scorned all over the World as being corrupt and FAKE,” he wrote on Twitter. “For two years they pushed the Russian Collusion Delusion when they always knew there was No Collusion. They truly are the Enemy of the People and the Real Opposition Party!”