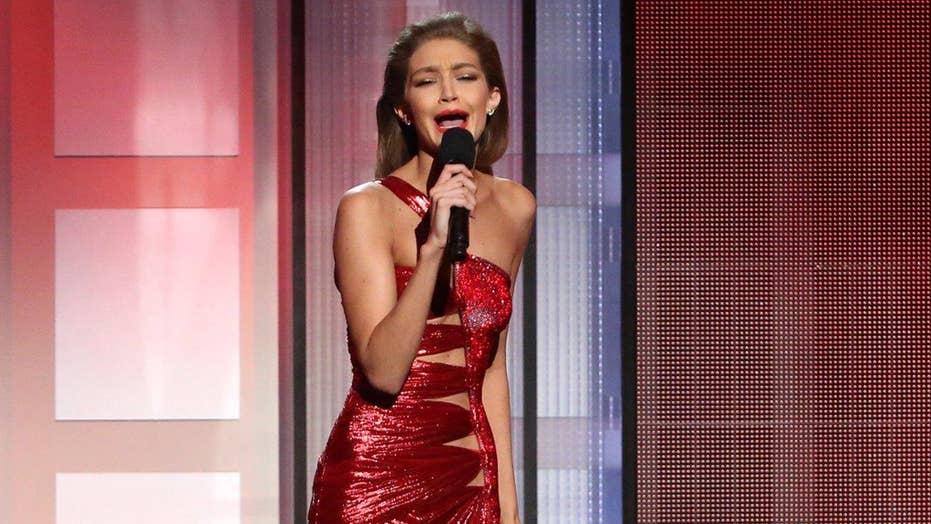 Gigi Hadid issued an apology of sorts on Twitter after receiving backlash for her Melania Trump impression during Sunday night's American Music Awards.

"I love my husband, President Barack Obama and our children Sasha and Malia," Hadid said through pouted lips and a fake accent, mocking Melania's RNC speech that lifted material from a speech given by Michelle Obama.

The 21-year-old explained in her apology that her impression was "done in good humor."

"I was honored to host the AMA's last night and to work with some of the most respected writers in the business," she opened her note. "I removed or changed anything in the script that I felt took the joke too far, and whether or not you choose to see it, what remained was done in good humor and with no bad intent."

Hadid added she has also "been the center of a nationally televised comedy skit that poked fun" at her but she was "able to find the humor in it."

She said she believes the future First Lady "understands show business and the way shows are written and run."

She ended her note by apologizing "to anyone that I offended and have only the best wishes for our country."