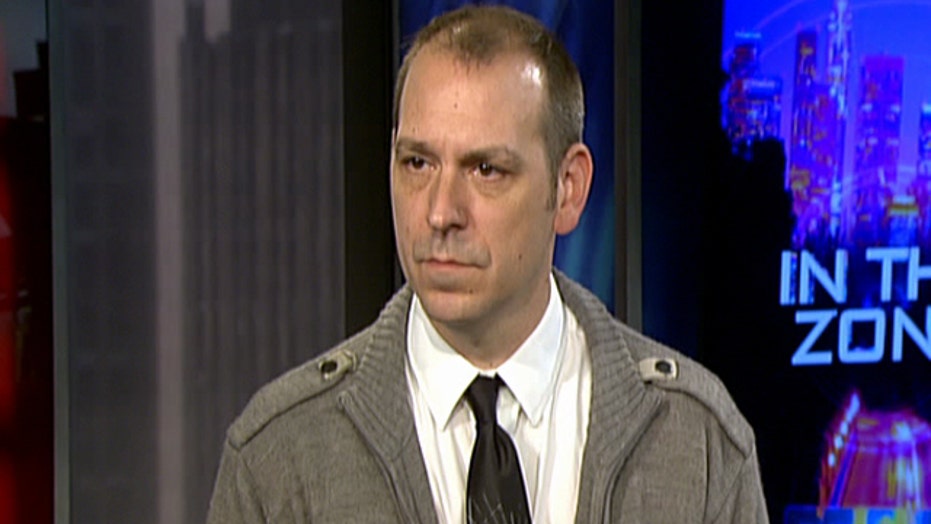 John E.L. Tenney knows ghosts, because he was one! Kind of

NEW YORK – Many wonder what happens after we die but John E.L. Tenney, a paranormal investigator and co-host of Destination America’s “Ghost Stalkers,” which premieres on Oct. 19, says he knows.

FOX411: So you say you died and came back when you were 17, take us through that.
John E.L. Tenney: When I was 17 years old, I went into cardiac arrest. I actually flat lined and died for two minutes. When you get to the three minute mark, that’s when you really start to have problems because that’s when brain death sets in. Something happened to me when I stopped living in this world, and I came back with a memory and experience that’s not the typical near-death experience.

FOX411: Were you given a choice to come back?
Tenney: So I died and when I was dead I was given a choice to either stay dead, or to come back to this reality. I just remember opening my eyes and being in the hospital. I guess my mission in life is now to find out where I was when I died, and if something happens with the persistence of life, and if we all die we go to some stranger place.

FOX411: What is the scariest ghost encounter you have had?
Tenney: I’ve done this for 27 years. I don’t know if they’re ghosts, but I know they are not normal experiences that people have in this reality. I’ve seen people walking through walls. People rising…seeing people appear in front of you and then vanish away. On the show, you get see my co-star Chad [Linney] and I get to have these experiences. We go into buildings by ourselves. We do all our [camerawork] when we’re in there, and we sit in the dark where horrible things have happened and you get to not only look for ghosts but internalize the experience and go through that psychological process.

FOX411: You have gone to the Vatican to witness an exorcism. After seeing that, do you think the devil exists?
Tenney: It’s very hard to not believe it. Not very many people are asked to sit in on an exorcism, and I was friends with the arch diesis in Detroit, so I actually got to sit-in and when you experience someone who starts speaking in multiple languages, you watch their face change. There’s a lot that seems like a movie but you’re watching it real-time in person.

FOX411: But couldn’t that be a person who is mentally ill or suffering from another sort of affliction?
Tenney: Absolutely. The Vatican has a month long process of making sure that the person isn’t addicted to drugs, or has a mental disorder and they say this isn’t going to happen, this is going to happen and then one day you get a phone call that we have to do an exorcism.

FOX11: How about God?
Tenney: Yes, maybe. The nature of our universe is ever growing and changing, and whether you call it God or a single energy that energy can’t be destroyed, and it’s always here. We’re all a part of it.  We interact with other humans and animals in ways that are not just physical. I think that science is bearing that out that there is something larger and greater than us that exists out there.

FOX411: Are you afraid of dying?
Tenney: No. My job for the past 27 years has been to investigate and research weird things, and I know that we all have a fear of death but in my line of work and what I do for a living, I’m really excited for the biggest mystery which is what comes after this. Whether or not you believe in ghosts we’re all going to find out they’re real or not at one time or another.