“You’re in the great game now. And the great game is terrifying,” Tyrion, the newly appointed hand of the queen warns Daenerys Targaryen in the season 6 finale of “Game of Thrones” which saw the Mother of Dragons finally setting sail for Westeros.

That’s exactly where we can expect to pick up in the much anticipated season premiere for the seventh and penultimate season of the cultural phenomenon.

The great news when coming to making bold predictions about one of the most unpredictable television series in modern history is that last season’s finale wrapped up a whole bunch of hanging storylines in a great green flash of wildfire. Thanks Cersei!

In this image released by HBO, Lena Headey appears in a scene from "Game of Thrones." Game of Thrones and Veep are among the top contenders for the 68th prime-time Emmy Award nominations. The shows claimed the top drama and comedy series prizes at last years Emmy ceremony. (HBO via AP) (AP)

Gone are most of the Tyrell family as well as the High Sparrow and of course King Tommen, an unintended consequence that has left Cersei and Jamie without any heirs.

Last season ended with Jamie Lannister riding back into the wreckage of Kings Landing to find his sister/lover sitting on the iron throne. Considering the Kingslayer’s history with monarch’s driven mad with threatening wildfire upon the kingdom, how he handles the news of Tommen’s death and Cersei’s new reign will be something to watch for in the season premiere as well (if a certain witch’s prediction holds any weight, he won’t handle it very well either).

When we left the Stark clan last season, they were on the threshold of a long awaited family reunion. Sansa and Jon Snow have retaken Winterfell, with the always scheming Littlefinger in their midst, to whom both are now indebted. Not a good place to be.

Both Bran and Arya are making their way back home but with very different purposes. Bran, having learned of Snow’s true lineage may hold the key to the entire show’s conclusion (as well as possibly being able to warg into a dragon or two). Arya’s path of vengeance always seems to take her down another winding path.

This is where the mystery of Robert Baratheon’s bastard still goes unsolved, the one that cost Ned Stark his head as it turns out. Poor Gendry is still rowing (expect a reunion between them sometime this season and perhaps more). Expect him to wash ashore this week or next.

Speaking of the wilds of Westeros -- Uncle Benjen -- is alive and dealing with a nasty case of frostbite. Don’t be surprised to see Snow lead another expedition in the hopes of finding dear Uncle.

Every season sees one big baddie. We’ve had Joffrey. Then Ramsay Bolton. The ire of fans in the second-to-last season will undoubtedly fall on Euron Greyjoy. As he attempts to track down his nephew Theon and niece Yara, who have aligned themselves with Daenerys, look for him to take up with Cersei in the season opener and expect some due carnage on their behalf.

All of this soap-like drama surrounding The Iron Throne of course is punctuated by the fact that the White Walkers are bearing down on all of Westeros.

Don’t expect too many surprises in this Sunday’s premiere on HBO. As the show winds down, this possible final season is treated more structurally and cinematically. Writers David Benioff and D. B. Weiss are adept at crafting reintroduction episodes. We will be dropped back into Westeros gently this week. But starting episode 2, there’s nothing left to say but hold on. Winter has come. 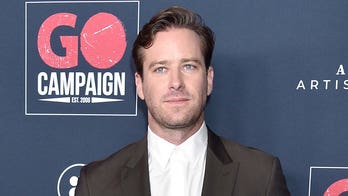