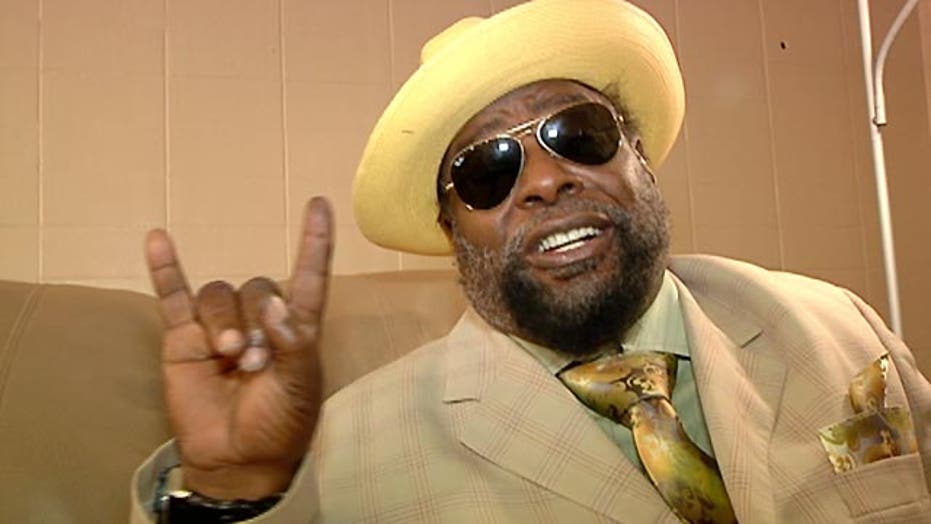 Funky days coming to an end for a legend

JACKSON, MISS. – His funking days are coming to an end.

At age 72, funk musician George Clinton is traveling around the world on what he says is his last concert tour.

But at one of his concerts in Jackson, Miss., some fans think Clinton isn’t the only funkmaster hanging up his mic.

They say the entire genre is fizzling out fast.

"It's a dying breed. It's being replaced with the rap stuff, you know," said Clinton fan Jesse Wallace.

"There's always going to be funk here,” he said. “It's just that the industry likes to call it something else. Whether it's hip-hop, rap or techno, if you're out there shaking your butt, it's got some funk in it.”

Clinton revealed he has been busy dancing around some new projects lately.

Clinton has a lot of funkadelic history under his belt. He was one of the innovators of funk music back in the ‘70s and ‘80s with hit songs like "Atomic Dog" and "Flashlight.”

His band, called Parliament-Funkadelic or P-FUNK, creates music that unlocks a rhythmic beat - a combination of soul, jazz and R&B.

"Aw man it just let my feeling just go, I can just run free just do what I want," said a screaming fan before the concert.

Another funk follower added, "It's just a great because the song doesn't even have to make sense. You just dance."