As she celebrates the release of her new book 'Finding the Bright Side,' 'Fox News @ Night' anchor Shannon Bream interviews her husband, Sheldon Bream.

To celebrate the release of her new book, "Finding the Bright Side: The Art of Chasing What Matters," Fox News anchor Shannon Bream interviewed the "personal heroes" who have played a big role in her life - the first of whom is her husband, Sheldon.

"After our first date, I went back and told my roommates I was going to marry you," said Sheldon. "Did they think you were crazy?" Shannon asked.

"No, because they knew you," he said.

Shannon asked Sheldon about some of the tougher times in their lives, such as the period just before their wedding.

Sheldon said that time was "doubly tough" for him because his father had recently passed away, and he had undergone brain surgery after being diagnosed with a tumor.

He credited his "great support system" - Shannon, his mother, and his extended family - for getting him through that tough time. 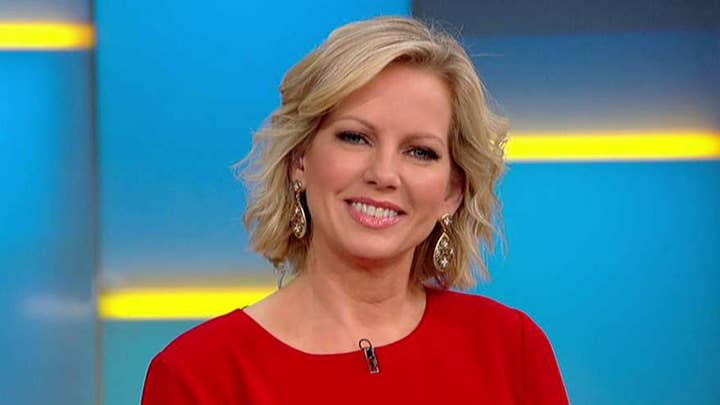 In her book, "Finding the Bright Side: The Art of Chasing What Matters," Bream shares a deeply personal examination on finding purpose and growth amid life’s unpredictability.

Bream also opens up about her strict childhood, her years in law school, her experience participating in pageants like Miss America, her former Marine and police officer father and her mother, whom she affectionately refers to as the "Meanest Mom in the World."

She also spoke about the book on "Fox & Friends" Monday, saying that her faith is similarly paramount in her life.

In that interview, she recalled the "winding path" she took to make it to the anchor chair at Fox News, and how her faith and her family helped support her along the way.

Read an excerpt of the book, and get your copy when it goes on sale Tuesday.