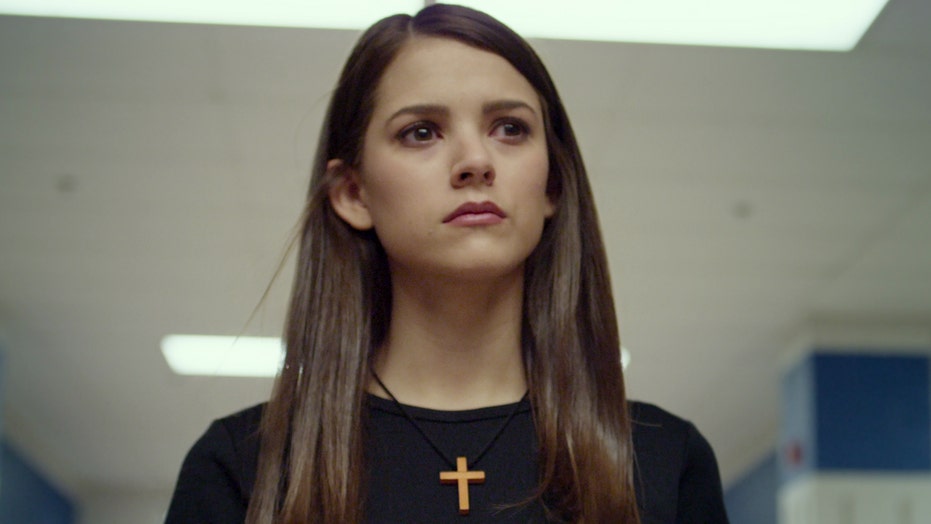 The upcoming faith-based film “I’m Not Ashamed” is causing a stir with Atheists.

Some are slamming the film’s premise that the first victim of the Columbine massacre, Rachel Scott, was killed after she said she believed in God.

The criticism hinges on a scene in the movie, now published by The Hollywood Reporter, that depicts a conversation between Scott and her killers.

In the scene, Scott, played by Masey McLain, is asked, “Do you still believe in God?”

“Then go be with him,” says Eric Harris, played by David Errigo Jr. She is then killed.

ThatAtheistShow.com argues that the scene depicted is not mentioned in police reports from the events on April 20, 1999.

“It is shameful that they are framing the entire premise of this movie around allegations that do not have any evidence to support them. The accounts of that day, actually, directly contradict them,” states the blog.

The conversation, however, is based on later statements made by witness Richard Costaldo, who was with Scott as the killers opened fire.

It's not the first time "I'm Not Ashamed" has made headlines. The film's trailer was blocked for 11 months by YouTube.