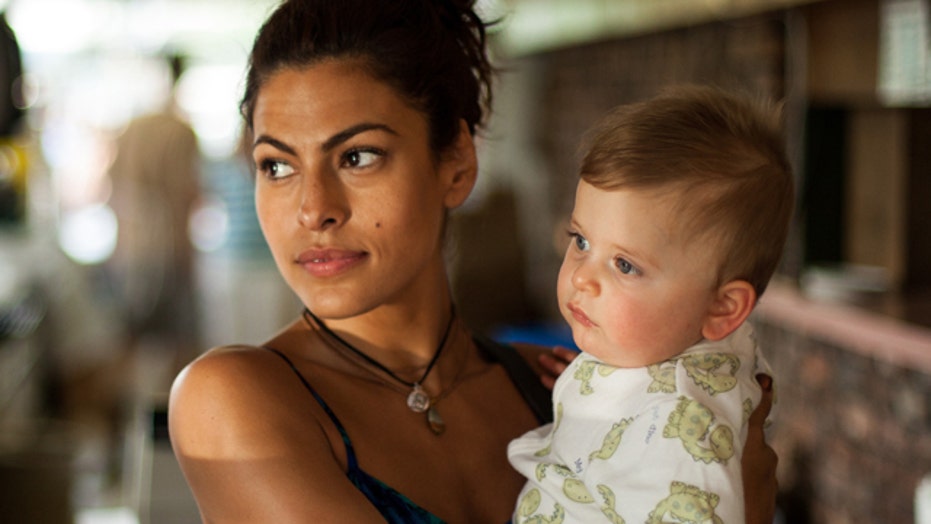 Sexy star talks 'The Place Beyond the Pines'

Eva Mendes is back in movie theaters this week, alongside Ryan Gosling and Bradley Cooper, in an intense Indie drama already getting early awards buzz.

“The Place Beyond the Pines” is what Mendes calls her “passion project,” and she told FOX 411 she is grateful to see it make it to theaters.

“You have a lot of obstacles,” she explained. “The ‘money people’ making the film put up a big fight because it's different and it’s ambitious and it's raw, and so I would like people to know that a lot of hard work went into actually even getting this going."

Speaking of her passions, the glamorous red carpet stand-out added that she is set to launch her own fashion line in the fall with New York & Company.

“I've been kind of approached throughout the years, and it never felt right” she said. “We met about a year and a half ago and it's taken about a year and a half of courtship for me to kind of give in. I love that. I like when things take their time and naturally evolve.  So it just felt like the right fit, the right time… and my mom and my sisters shop at New York & Company all the time so we got really excited… It's kind of becoming a family collaboration deal. My mom is constantly texting me pictures of [saying] ‘add this to your new line!’”

She also noted the dress she wore to her FOX 411 interview is the type of style she’d like to make available to women everywhere.

“It's coming out of this place of like wanting to empower women and wanting to do it for a great price -- and I mean like this dress, I bought this dress for $10 at a thrift shop, $10!  I have a ton of stuff like this that I want to make sure that people have access to."

As for her work on the big screen, Mendes has a resume that ranges from drama to comedy to action. She said her coworkers have helped jump from genre to genre.

She said this time around, one of her “Pines” co-stars really raised the bar.

“There's stuff that didn't make the movie but Ray Liotta really challenged me in the best way possible. I'd love to do another film with him.”

Plus her upcoming comedy helped her work on her improv skills.

“I just filmed something with Larry David-- totally different end of the spectrum-- but he was like right there and it was improv so it’s [the challenge] that I love.”

Soon she’s also set to work with Gosling again, as he makes his directorial debut with “How to Catch a Monster”.

Mendes said she’s looking forward to having audiences see what it’s all about.
“I'm just excited for the world to see what he's written and what he's about to create, I'm just really excited to be a part of it."

For now, find them both starring in “The Place Beyond the Pines” in theaters March 29.