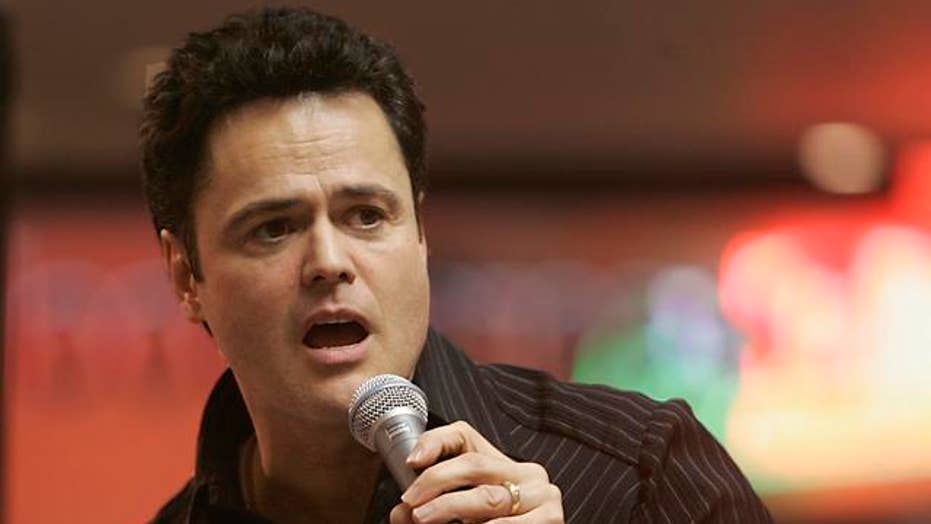 Donny Osmond has confirmed he is OK after his car was involved in an accident on Wednesday.

The 62-year-old entertainer shared a photo of his banged-up Tesla while informing fans that it collided with a semi-truck.

"My #Tesla had a messy encounter with a semi truck [sic] today. I'm grateful to report that no one was hurt," Osmond said.

While it remains unclear if Osmond was behind the wheel during the crash, the singer shared two photographs of the damage to the vehicle.

In his first picture shared on Instagram, the performer doesn't look pleased but appears to be in good health as he crosses his arms in front of the damaged car.

It appears to have collided with a truck on its right side, as the front and rear passenger doors are covered with large marks.

Osmond did not reveal any further information about the accident. But hundreds of his followers immediately flooded the comments section of his post to share they were relieved he was alright.