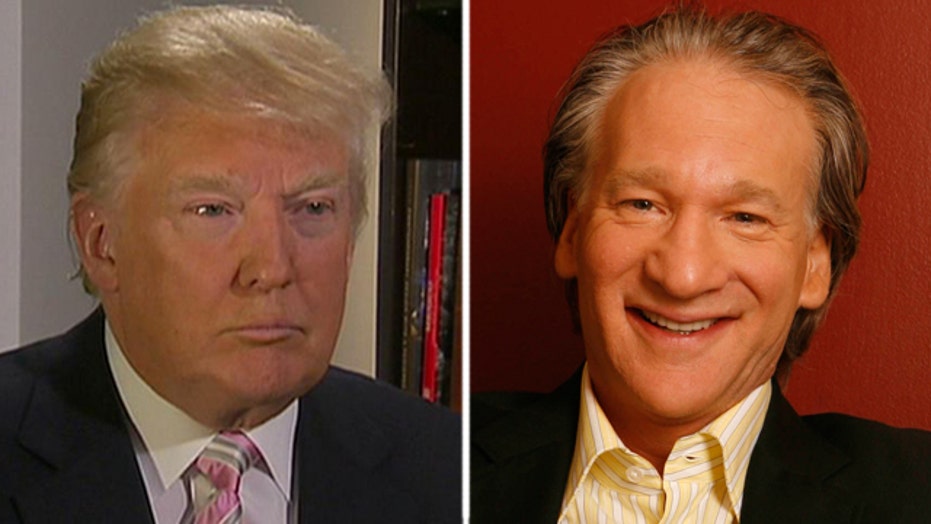 NEW YORK – Comedian Bill Maher may have bit off more than he can chew with a challenge he issued to Donald Trump.

On Monday night’s “Tonight Show with Jay Leno,” Maher mocked Trump’s offer to President Barack Obama prior to the November election to release his birth certificate in exchange for $5 million donated to the charity of the President’s choice.

Maher, probably jokingly, offered to donate $5 million to the charity of Trump’s choice if he would release his own birth certificate to prove The Donald was not the “spawn of his mother having sex with orangutan…”

But the “Celebrity Apprentice” star set out to have the last laugh. In a letter, obtained by Yahoo, Trump’s lawyer responds to Maher’s offer with a copy of Trump’s certificate and instructions for money promised.

“Attached hereto is a copy of Mr. Trump's birth certificate, demonstrating that he is the son of Fred Trump, not an orangutan. Please remit the $5 million to Mr. Trump immediately and he will ensure that the money be donated to the following five charities in equal amounts: Hurricane Sandy Victims, The Police Athletic League, The American Cancer Society, The March of Dimes, and The Dana-Farber Cancer Institute.”

Maher said on the show that he was “not looking for a feud with Donald Trump.”

Well then, Bill may just have to pay up.