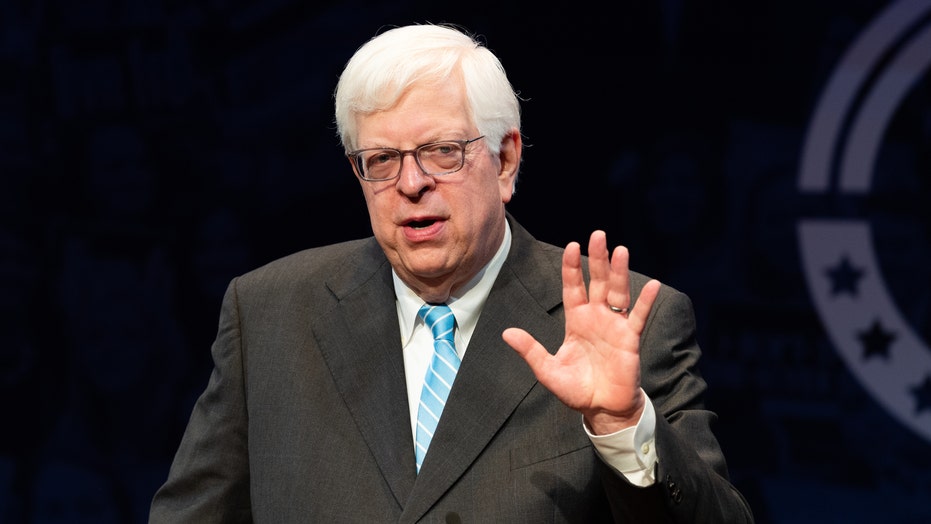 NEW YORK – Radio personality Dennis Prager and comedian Adam Carolla's upcoming documentary "No Safe Spaces" is a film detailing the ongoing debate over the First Amendment on college campuses across the country and how identity politics enables it.

Prager and Carolla argue that younger generations have been trained to hate alternative, often right-leaning, opinions and unleash their anger on those with opposing views.

Prager says he's been working on the film since 2017 and was hoping for a PG rating but the Motion Picture Association of America (MPAA) wouldn't budge from its PG-13 designation.

“Despite our best efforts to meet the MPAA more than halfway, they have continued to deny us the PG rating our film deserves," Prager said in an exclusive statement to Fox News.

"Jordan Peterson’s and my quotes will stay and we will not censor the real-life punching of a conservative student. The much more graphic films that regularly receive PG ratings only serve to illustrate what I have experienced with Google in their efforts to make PragerU videos hard to find: powerful forces in Silicon Valley and Hollywood have one standard for ideological allies and another for people like me," he added of the film which mentions "sexually transmissible disease" and "Debbie Does Dallas" and a student is seen getting punched.

"I will urge my friends and fans who only go to PG movies to ignore the MPAA’s fake PG-13 rating and go anyway. And please bring friends," Pager continued.

Carolla also talks to fellow comedians about the challenge of doing stand-up on a campus today. Many comedians, such as Jerry Seinfeld, have said they will not appear on college campuses.

"No Safe Spaces" is scheduled for release Oct. 25