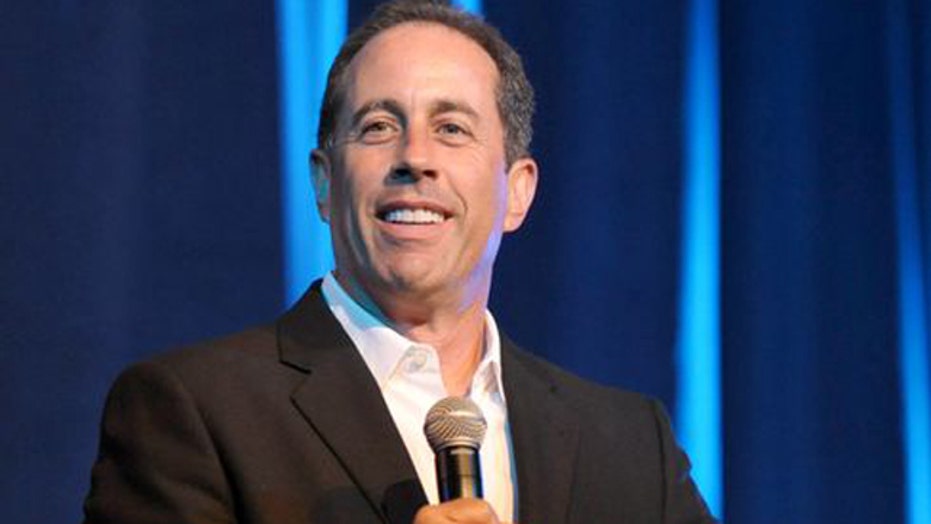 Seinfeld: College students are too PC

IMPACT ON POLICE IN FOCUS IN WAKE OF RECENT INCIDENTS

JONATHAN HOENIG: The video is very disturbing, but broadly speaking it really doesn’t mean much. A picture is not an argument. The fact is that police work is incredibly vital. It’s incredibly noble. These are the people that protect individual rights. I think what you’re seeing here is the typical leftist, anti-police, anti-American nihilism. I’m sorry but the average policeman doesn’t hate black people. The average black person doesn’t hate black people; certainly not black policeman. This is just a rouse. Crime is down dramatically; for that we should thank the police, not the police protesters.

JUAN WILLIAMS: Cops are much appreciated in this country, and politically powerful. Almost nobody would go against police. So the idea that you hold bad cops accountable—that guy in that video sitting on that girl in a bikini? Come on! Even his own lawyer said he lost control, he was under stress, and that’s why he resigned.

MICHELLE FIELDS: I think that he could have handled it differently. I think that he overreacted. We know that he had a really tough day. The crowd was out of control. I don’t think this should be an indictment of all police officers, and that’s what the left and the media is doing. They watched this minute-long video and they think they understand the entire situation, that they understand what was going on in the mind of the police officer, and they try to apply that to all police officers.  It’s really unfair because these people put their lives on the line every single day to do work that we don’t want to do. They’re really dealing with the worst of the worst, and we should appreciate them, not continue to bring them down.

JESSICA TARLOV: I think a big problem here is that we’re making people draw lines. You either have to be “black lives matter” or “blue lives matter”. That’s not true. All lives matter. These communities really need to come together. I was reading an interview with Bill Bratton who was saying that the N.Y. police officers don’t feel respected anymore. Giuliani was talking about this last night on “The O’Reilly Factor”. I mean we need some real community work here. We need black leaders, police leaders—everyone to come together. We’re going to have to do it eventually.

MICHELLE FIELDS: I think my dad would be laughing at the fact that Hollywood liberals are upset about political correctness, because this is basically the product of liberals. This is the monster that they’ve created. I’m going to stand up for millennials and say that this is because of liberals in my parents’ generation that have coddled children and basically told them to be perpetually offended. I mean look at the colleges that millennials go to, and the schools that they go to. They basically are not free-speech zones; they can’t say anything without being disciplined. So I think that it’s my parents’ generation, the liberals in my parents’ generation.

WAYNE ROGERS: I don’t think that that’s necessarily true. I think part of it is just what you said: the pervasive part of college professors talking about “oh, we have to have equality, and we have to have diversity and all of these things.” I was looking at a segment the other night that showed the 70’s and there was a section from “All in the Family” where Archie Bunker’s son says to him, “you’ve got to understand that 13 percent of the people out there are black people.” You couldn’t put “Sanford and Son” on the air today, you couldn’t put “The Jeffersons” on the air today.  Why is that?

JESSICA TARLOV: We actually talked  few months ago on “Cashin’ In” about the UC campus that wanted an American flag taken down because students who were not originally from America were offended by that and thought that it represented conquest; completely ridiculous. America stands for these things, and it’s actually what makes our nation great. I mean going back to the comedian’s point; Louis CK has said “I’m going to say what I want to say no matter what.” And he’s going with it, and he’s hugely popular. I saw him at the Garden; really, really funny. But I wonder how long he’ll be able to sustain this, or whether he’ll have to go the way of Seinfeld on it.

JONATHAN HOENIG: Comedy, on some level, has to be destructive. That’s the whole point; it pokes fun at something or someone. I don’t think it’s just political correctness on campus, it’s multi-culturalism that’s propagated by all of these professors of Michelle’s; the idea that we’re all the same, no one can be judged, everyone is a victim. That shows you how bad it’s become.

JUAN WILLIAMS: What strikes me is we are so politically divided in this country, in large part because of this kind of thing. Everybody has their orthodoxies, and it’s not only liberals, it’s also conservatives. Some things you can’t say. Gosh, don’t say anything about the cops acting bad around here.

MICHELLE FIELDS: I am absolutely in favor of privatizing. I think it leads to more accountability, more transparency. It saves money for taxpayers. If something happens at a private prison-- there’s waste, there’s fraud, there’s abuse—they lose their contract and they go out of business. You can’t say that for a government agency. If there’s corruption or waste, maybe someone will be on paid leave, but that’s about all the accountability you get.

JONATHAN HOENIG: Well, I’m an objectivist. I’m not for higher walls, I’m just for less prisoners. I actually think this whole issue of prison privatization is a secondary point. 50% of the people in prison are there for drugs. Only 3 percent are there for homicides and crimes like these guys. So if we could get rid of half of the prison population just by decriminalizing drugs—that’s the issue here.