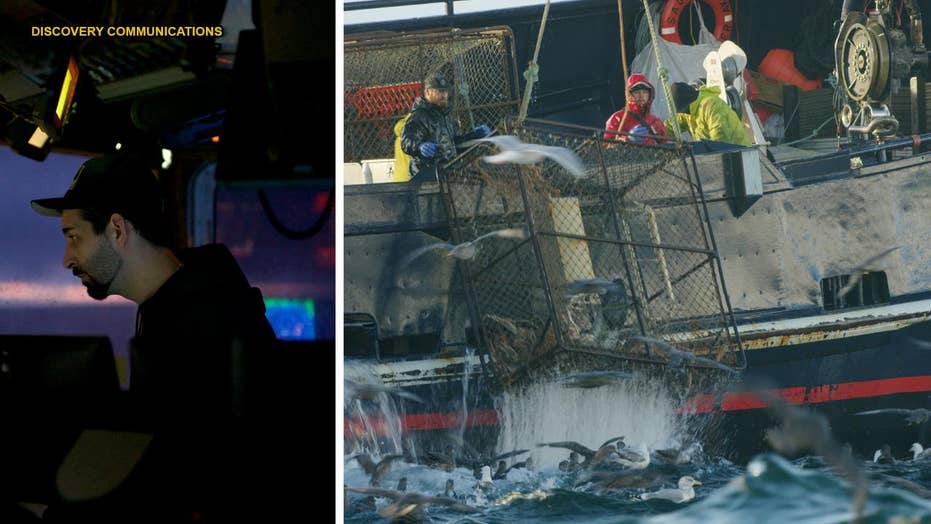 Captains Jake Anderson and Josh Harris talk about living their American dream and why 'Deadliest Catch' is so successful.

Last week, “Deadliest Catch” returned for its 200th episode and 14th season fishing crab on the great Bering Sea. With one of the most competitive and unique seasons behind them, two of the fleet’s youngest captains are opening up about what fans can expect from season 14, what it’s like having their real lives on TV.

Josh Harris and Jake Anderson had a lot riding on them this season, with the former returning after an 18-month break and the latter captaining his first vessel after dumping nearly $750,000 into its repairs. As fans of the show know, these captains not only engage in one of the most dangerous professions, but they do it under the ever-watchful eye of the American public. Both captains have experienced highs and lows, including the loss of family members, all while on TV.

“Every day you get reminded of the worst experiences of your life, but it’s helped somebody out, so you have to look at it as different things,” Harris told Fox News. “For a third of our adult life, we’ve been on TV and what you see is what you get.”

They see their time on the show as less of a burden and more of a motivational poster for the American public.

Captain of the Saga, Jake Anderson, tells Fox News what it's like being a TV personality and fisherman. (Discovery Communications)

Anderson’s earlier life was marred by drug addiction, which he overcame before finally earning a captain’s position and engaging in the highly lucrative world of king crab fishing.

“Twelve years ago I was a bum on the street,” Anderson said. “Now I run a multi-million dollar company… You can do that in America, but I think it’s getting lost."

The duo are no strangers to working hard to make their living, and this season on the Berings Sea was no exception. Thanks to a super moon, the two told Fox News that this year they saw some large tides, which made the fishing season more dangerous than ever. However, given the necessity and pressure for them to make money, they steered their ships and crew right where they needed to be.

“It’s like the seventh seal of hell out there this year. Because we’ve never experienced this before and no one ever has in recording anything having to do with the seas ever has seen anything like this,” Harris said. “I don’t think it was fit for man or beast out there, but we were still there and that’s what makes it entertaining.”

Anderson said it take a lot of courage to keep going.

“It comes to a point where, if you’re not going to make money, you might as well go on land. You have to just muster up everything you’ve got and trust in your guys and trust you taught them well. You’re going to have to put them in harm's way... every day for 54 days.”

Captain Josh Harris returned to captain a ship in Season 14 of "Deadliest Catch" after 18 months away. (Discovery Communications)

As season 14 continues on Tuesday, the guys teased higher stakes than ever as well as fiery drama between captains and crew. Harris was tasked with winning over a new crew along with his co-captain.

“I think I snapped one time pretty good this season,” he teased. “But nobody got fired, nobody quit and I think all my guys have all ten fingers and toes.”

Meanwhile, with everyone assuming Anderson is desperate to prove himself as a new captain, he teased that his guiding star was not respect, but money.

“I think as a captain… I’m not interested in proving anything to me or anybody. I just want that money in the bank,” Anderson said. “If I’ve got to do it on my own, I’ll do it on my own.”