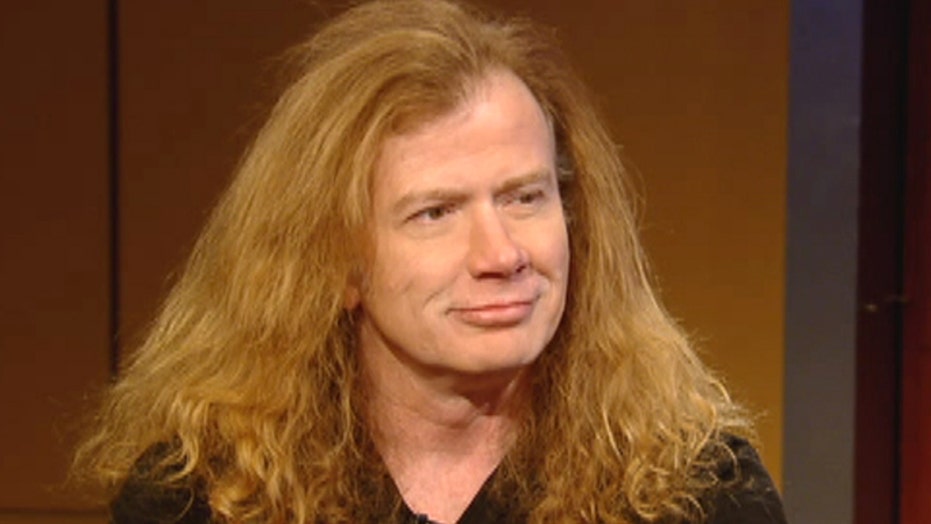 NEW YORK – Megadeth's new album “Dystopia” is the band’s highest charting album since 1992’s “Countdown to Extinction." Frontman Dave Mustaine is proud of his band's endurance, and think the way they treat their fans has something to do with it.

"I came from a broken family, broken home, latchkey kid. I was on food stamps, that whole thing. So I know what it’s like to have the odds stacked against you," he told FOX411. "But I’m also a great American success story of perseverance and that you can overcome stuff and I think a lot of that is what I share in the songs, like (no matter) how bad it gets, you can always change things if you’re willing to apply yourself to it.”

Mustaine is not shy about expressing his opinions on politics and popular culture, but he cautions Megadeth's fans to think for themselves.

“I think a lot of times it’s unhealthy to put too much merit in what your heroes believe or say. You have to figure it out for yourself which is something that I really champion a lot, is seeking the truth for yourself," he said. "And I think that as far as me being a ‘political songwriter’ per se, I like to say I’m more like a real life writer. People would say Dylan is a political songwriter, I don’t know much of his music, but to me that’s not really politics.”

Mustaine also says heavy metal has been hurt by technology.

“If you look at the way the digital audio workstations are like Pro Tools, Cakewalk, Garage Band, all that kind of stuff where you can make music yourself, it’s made it a lot easier for musicians who aren’t wired to be musicians they just play music, to make records and a lot of times these guys will go out on the road and they won’t be ready," he said. "So they fall apart on the road and it hurts the record company because they’ve just invested money in a band that, they’re not ready. So the trickle-down effect takes place there where other bands get hurt and when I look at the state of heavy metal nowadays I look at a lot of people ‘have you paid your dues?’ I’m not trying to be rude or anything like that, but just for your own longevity and self-preservation.”

Another piece of advice for bands just starting out: “Treat people the way you want to be treated. I see a lot of people that are musicians that just act like idiots and treat people really awful, and I see that and think, ‘God, you didn’t have to do that. You didn’t have to treat people like that’ and I think a lot of that comes with new people in the music business. They have that self-righteous entitlement where they walk above everybody else. And you know, 35 years later, I think I’m pretty grounded.”