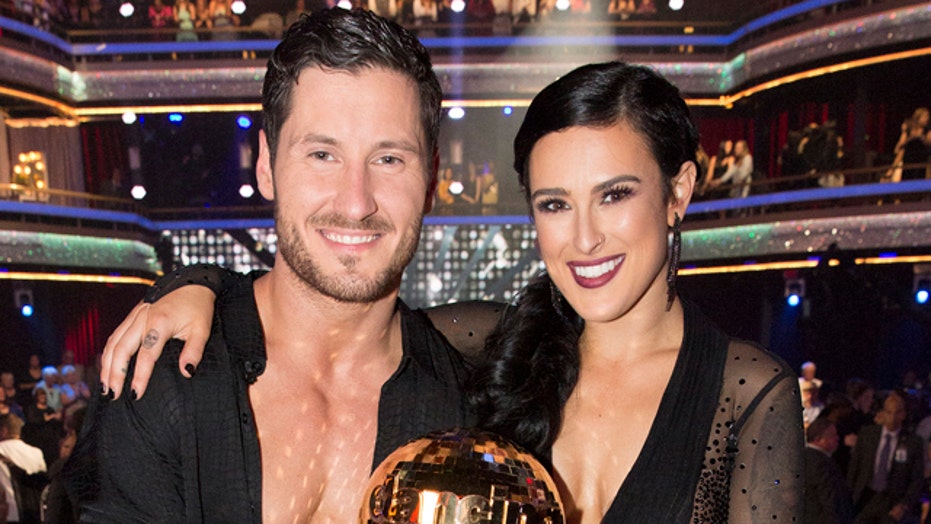 A new ‘DWTS’ champ was crowned

Rumer Willis became a celebrity in her own right on season 20 of “Dancing with the Stars.”

On Tuesday night’s grand finale of the hit ABC reality show, it was she who took home the mirror ball trophy with partner Val Chmerkovskiy as her famous parents Bruce Willis and Demi Moore cheered in the audience. Musician Riker Lynch finished second, and war hero Noah Galloway came in third.

When asked how proud he was of Rumer, dad Bruce smiled to FOX411 backstage, “as proud as you can be.”

Although she excelled all season, Rumer told reporters after the show that she couldn’t believe it when she heard her name called as the winner.

“I had this moment where I was like, wait, does that mean we were eliminated or we’re not? Oh, wait, okay, we won! Oh my gosh! This is awesome!”

Chmerkovskiy, who’s been dreaming of a first-place finish for years, said, “I was like, please, please, let me hear it how I heard it in my sleep. It finally happened.”

Rumer recalled how she and Val worked to be “DWTS” champs: “I wanted it from day one and that was the intention and the goal that we both set, and I think that whether or not it was something that we were both conscious of or not, I think that part of the drive and the passion that got us here was just a desire to be able to have this moment and be able to share it together.”

Backstage, Bruce and his wife Emma Heming, Demi, Rumer, and Tallulah Willis were spotted posing for photos together, with all telling the new “DWTS” champ they loved her.

“I have an incredibly supportive family. They are willing to come and support me and cheer me on in whatever crazy endeavors I decide to do,” Rumer said, but she added, “To be honest, the person I’m most excited about celebrating with is Val because he is the person I did this with. I love my family and I love their support but I’m proud and I want to celebrate with him.”

Rumer said she was “a completely different person” after doing “DWTS.” “I feel like being able to stand proudly and show who you are and put your whole self on the dance floor and ... have such a positive response, to see how many people who were so excited for us that we won speaks volumes.”

What’s next for Rumer?  Earlier in the season, she told FOX411 that after “DWTS” was over, she planned to, “take a vacation. I have no idea [where]. Somewhere super sneaky where I cannot talk to anybody [but can] read a book and lay on a beach and not have any plans.”

And maybe a stage musical could be in Rumer’s future as the star who danced Monday night to her cover of the song “Toxic,” also said she’d do a Broadway role “in a heartbeat.”

Meanwhile, Noah Galloway told reporters he was delighted with his third place finish with partner Sharna Burgess, saying, “I feel incredible ...we made it third out of 12 [competitors] and we got to do every dance and that’s what I loved about making it this far.”

The double amputee Iraq war veteran who inspired so many with his dancing said that for him, “there was a victory. We made it to the finals so I’m happy.”

Galloway wasn’t surprised Rumer took the grand prize, noting, “I called that [on] week one. Every couple of weeks I told her, ‘This is yours to win. Don’t forget it.’ She put so much passion into her dances.”