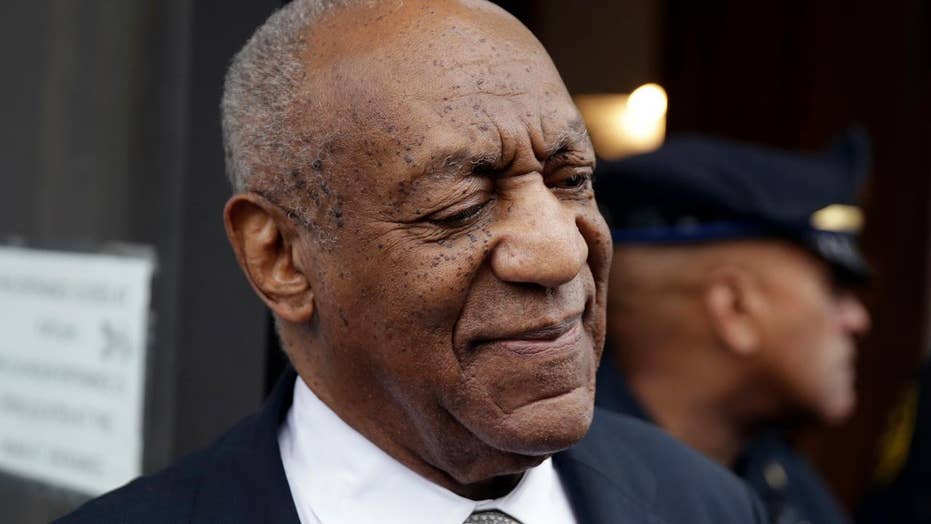 Hurdles ahead as prosecutors mull retrial for Bill Cosby

In one of the more unusual scenes to play out at Bill Cosby's sexual assault trial, the judge questioned Cosby under oath as jury deliberations wore on to be sure he knew the mistrial he sought could lead to a second trial.

Cosby, the actor and comedian known as "America's Dad," turns 80 next month facing just that ordeal. Legal experts believe prosecutors will reshape their case for Round Two, although it's not yet clear why jurors couldn't reach a verdict, or how close they came.

District Attorney Kevin Steele could ask the judge to let more of Cosby's 60 accusers testify or disclose to jurors that accuser Andrea Constand is gay. That never came up in her seven hours of testimony. The defense had hoped, if it did, to introduce evidence she had previously dated a man.

"The key to retrying a case is to do it differently the second time, because the defense expects you to do it the same way," said Constand's lawyer, Dolores Troiani.

Constand is on board for the retrial. And Steele on Sunday denied a media report that Cosby had ever been offered a plea deal.

The juror names remain shielded from the public under a protective order that several news outlets have challenged. Judge Steven O'Neill could revisit the issue as early as Monday. He advised jurors when the trial ended, after a week of testimony and 52 hours of deliberations, that they need not discuss the case, even as the public debates whether age, race, gender or other issues separated them.

"It can never be clearer that if you speak up, you could be chilling the justice system in the future if jurors are needed in this case," O'Neill told them.

Criminal law professor Jody Armour wonders if the bitter divide over social issues that's evident in American politics was at work in the jury room.

"Social attitudes in general affect what happens in criminal trials, in rape cases. We can now wonder if a lot of those kinds of attitudes were at play in ... Bill Cosby's rape case," said Armour, who teaches at the University of South California.

Two women jurors who appeared to be in their 30s or 40s looked anguished when they announced the final deadlock, wiping away tears with tissues handed to them by a sympathetic young man sitting between them. Other jurors were harder to read.

"We get 12 people to agree on sex assault cases all the time, but this is not any case. It's an old case, it's a controversial case, it's a case that involves questions of consent," said professor Laurie Levenson, of Loyola Law School.

She once served on a jury where the foreperson was the lone holdout for an acquittal. She also recalled a Los Angeles case where an 11-1 vote to acquit in the first trial ended with a conviction the second time around. She believes the breakdown of the first Cosby jury is important to know, but perhaps not predictive of how the second trial might go.

"Anything can happen because it's a new set of jurors," Levenson said. "The second time around, are they coming with an agenda? Do they want to save Cosby, or do what the first jury couldn't do, which was convict him?"

Cosby is also battling sexual battery or defamation cases still pending by 10 women in California and Massachusetts. Several of them attended the criminal trial with their layers. The discovery in those cases is underway, but his deposition testimony will remain on hold until the retrial in the criminal case.

Publicist Andrew Wyatt raised a clenched fist as he led the legally blind Cosby out of the courthouse after the jury deadlocked Saturday, while cameras popped and his lead defense lawyer walked away. They attacked the judge, in a letter from Cosby's wife Camille, as "arrogant" and Steele as "heinous" and "ambitious."

Cosby remains on $1 million bail over the three felony charges. O'Neill could schedule the retrial within weeks.