A reopened police investigation has concluded that actor Dylan McDermott's mother was killed in 1967 by her now-dead gangster boyfriend.

Waterbury police reopened the investigation last year into Diane McDermott's death after Dylan McDermott contacted them with questions, the Republican-American newspaper reported Sunday and Monday as part of a two-part series.

He was 5 years old when his mother was shot in February 1967. Her death was originally ruled an accident.

Police told the newspaper that the evidence they found would be enough to file murder charges against John Sponza, who lived with McDermott at the time. He had told authorities that McDermott accidentally shot herself after picking up a gun he had been cleaning.

Sponza, who police say had ties to organized crime, was shot to death in 1972, his body found in the trunk of a car in a Waltham, Mass., grocery store parking lot.

H. Wayne Carver, the state's medical examiner, reviewed McDermott's autopsy and determined that the gun found near the body was too small a caliber to have been the weapon used to kill her. The wound also showed that the murder weapon had been pressed to the back of her head, according to his report.

Police Superintendent Michael Gugliotti also stumbled over some of the initial findings.

"What troubled me was that there was very little follow up other than the statement Sponza had given to police," Gugliotti said.

"Sponza is telling the police that night that he very rarely, if ever, had arguments, yet everyone we spoke to, including Dylan, who was only 5 at the time, remembered very violent, vicious arguments," he added. "Dylan vividly recalls the amount of times, not only flashing the gun, but pointing it at the kid, saying, `Shut up and get out of here.' He's still probably traumatized by that."

Dylan McDermott, who won a Golden Globe in 1999 for his role on the TV drama "The Practice," declined to comment to the newspaper about the investigation. His sister, Robin Herrera, said she is relieved that the truth has been discovered.

"I'm happy to know my mother wasn't mentally ill or depressed," she said. "Somebody took her from us; she didn't leave us."

Dylan McDermott met with Gugliotti and Mayor Neil M. O'Leary last year while in town for a fundraiser.

"He said in order for me to survive and to get where I am today, I needed to bury that moment in my life deep within myself," Gugliotti said. "He said it wasn't until recently that I've come to the point in my life where I'm able to begin to process all of this and make it part of his life."

Police said the McDermott investigation has led to evidence that also implicates Sponza in at least two other unsolved homicides. 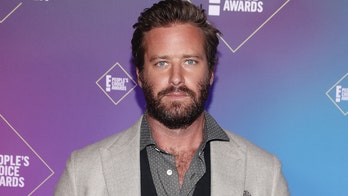 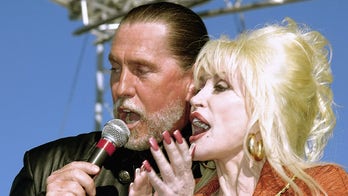