Zucker decried what he called the administration’s “continued attacks on the media.”

The statement continued: “The President, and especially the White House Press Secretary, should understand their words matter. Thus far, they have shown no comprehension of that.”

Police say an envelope containing a live explosive and “some kind” of white powder was sent to the network’s headquarters at the Time Warner Center in midtown Manhattan forcing an evacuation. 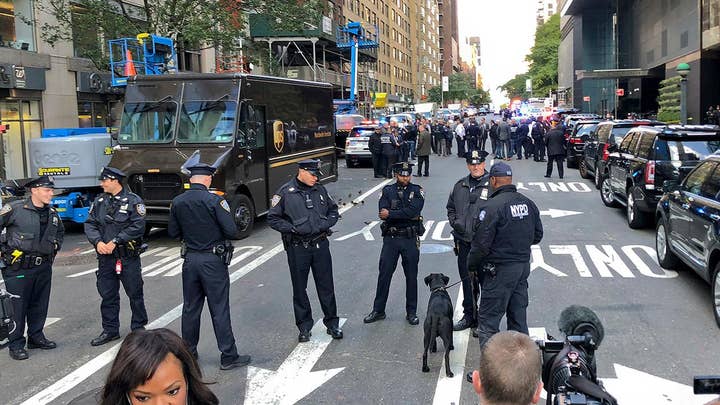 A law enforcement official told Fox News that many of the devices have a similar packaging and labeling, leading them to believe a single person or group could be behind the threats.

Trump responded to news of the devices earlier, saying “the safety of the American people is my highest and absolute priority.”

“The full weight of government is being deployed to conduct this investigation and bring those responsible for these despicable acts to justice,” he continued.