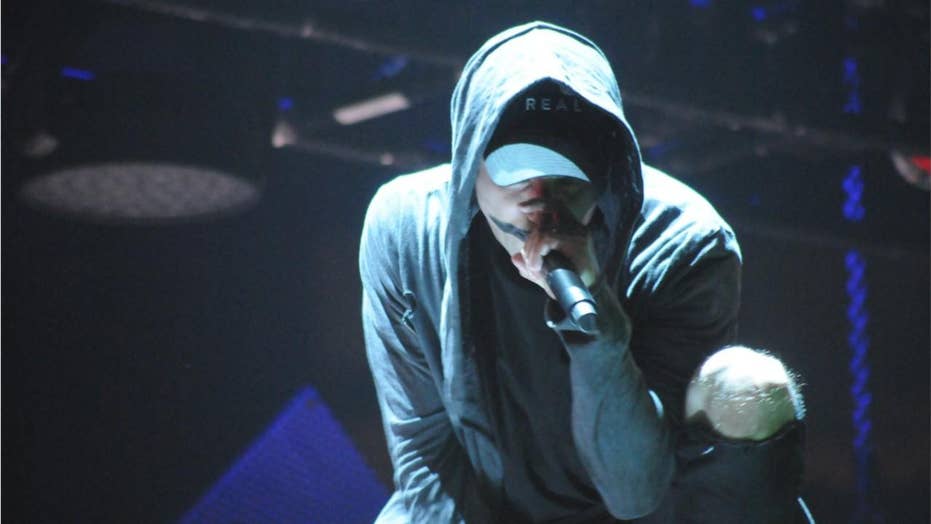 This Christian rapper has the No. 1 album right now: 'I put my life into this'

With clean lyrics this white Christian rapper has the No. 1 album.

Chance The Rapper was upstaged by NF, a lesser-known Christian rapper with a faithful following, on the Billboard 200 chart this week.

The 28-year-old Michigan native, whose real name is Nathan Feuerstein, has been compared many times to one of his childhood influences, Eminem, but without the explicit lyrics, according to an interview with NME, a music website.

Like Eminem, NF endured several hardships growing up that turned him on to rap, including his mother's overdose death in 2009.

His latest album, "The Search," which hits heavy on mental health and self-acceptance, scored the biggest sales week for a rap album this year. But his rise has some in the industry confused: How did a white Christian rapper with clean lyrics score a No. 1 spot on the album charts over Chance's long-awaited "The Big Day"?

NF performs on day two of Lollapalooza in Grant Park on Friday, Aug. 2, 2019, in Chicago. (Photo by Amy Harris/Invision/AP)

"I want to thank every single fan who supported me by buying this album," NF wrote in a note on social media. "I put my life into this and to see this much support means a lot to me...thank you to my label for letting me do whatever I want creatively since day one. The fans made this album #1, and I am forever grateful."

CHRISTIAN ROCK BAND 'SKILLET' EXPLAINS HOW IT GOT ITS NAME

While he doesn't call himself a Christian artist, NF first signed with Capitol Christian Music Group in 2014 and has collaborated with TobyMac of DC Talk and Flame (Marcus Gray), the Christian rapper who sued Katy Perry over "Dark Horse" and won big.

"I mean, I’m a Christian, but I’m just an artist...To me it's like if you're a Christian and you're a plumber, are you a Christian plumber?" NF in 2016 told Idolator, a music blog.

NF currently has three songs, "The Search," "Time," and "Leave Me Alone" on the Billboard Hot 100, and he first made the No. 1 spot on the album chart in 2017 with his third album "Perception."