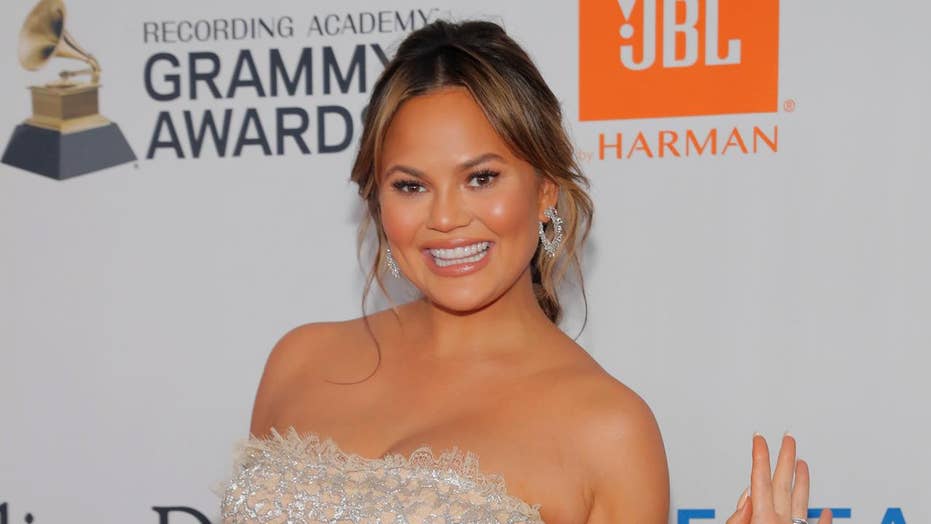 Teigen, 33, appeared at the panel at the Lansdowne Resort and Spa in Leesburg, Va., with her husband, singer John Legend, Politico reported. The celebrity couple spoke about President Trump, his presidency and Ivanka Trump. The moderator, former MSNBC host Melissa Harris-Perry asked the entertainer a question regarding what word she hoped more women would say.

CHRISSY TEIGEN INVITES ALEXANDRIA OCASIO-CORTEZ OVER TO WATCH THE GRAMMYS: 'THERE WILL BE PIZZA'

“Speaker Pelosi has helped to demonstrate in her practice how to say ‘no.’ If there was one word you would help, particularly women, use more frequently, what would that one word be?” Harris-Perry asked.

“F--- you,” Teigen said. Her husband began laughing before being joined by his wife.

“I’m so sorry Speaker Pelosi. I love you so much,” Teigen said.

While clapping and laughing, Legend said he “actually knew she was going to say that.”

“Yes, I said if not in those words, at least with your eyes and your vote!” she wrote.