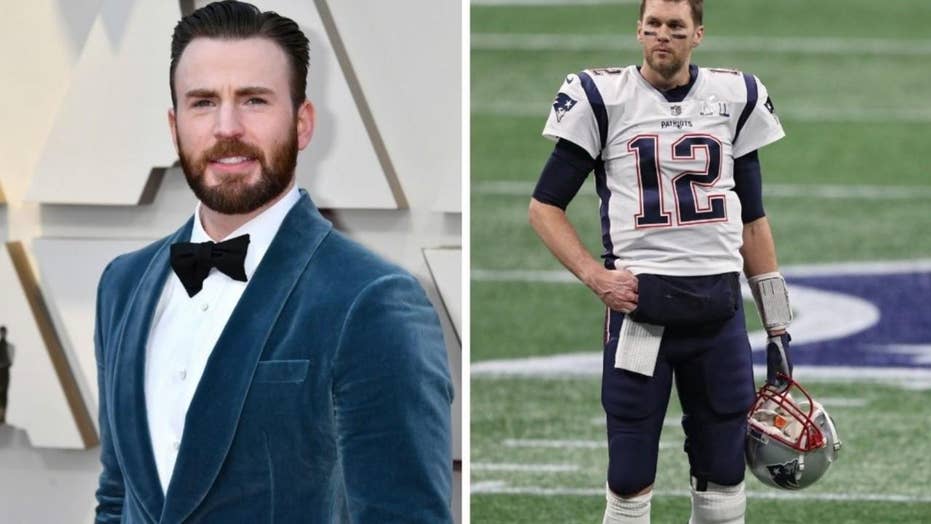 ‘Avengers’ star Chris Evans said in a recent interview he ‘might have to cut ties’ with Patriots quarterback Tom Brady for being a Trump supporter.

“Captain America” star Chris Evans talked politics in a recent interview and said he “really” hopes the quarterback of his favorite team, Tom Brady, is not a supporter of President Trump.

Evans, 37, conducted a tell-all interview with The Hollywood Reporter that was published Wednesday. The discussion turned to politics when the issue of the actor's vocal political views on social media came up.

"You don't want to alienate half your audience," Evans told magazine of his tweets. "But I'd be disappointed in myself if I didn't speak up. Especially for fear of some monetary repercussion or career damage — that just feels really gross to me."

The HR interview was conducted just days before the Patriots beat the Los Angeles Rams and won their sixth Lombardi Trophy.

When asked if he would ever consider playing the New England Patriots quarterback in a biopic, the “Avengers: Endgame” star was said to have looked “grim” at the mention of the athlete.

"I don't know," Evans told the outlet, speaking of Brady. "I really hope he's not a Trump supporter. I'm just hoping he's one of those guys that maybe supported him and now regrets it. Maybe he thought it was going to be different — and even that bothers me — but maybe there's a chance now he just thinks Trump's an absolute dumb s---, which he is. If he doesn't, if he's still on that Trump train, I might have to cut ties. It's really tough."

The actor continued to say that he hopes Brady has “woken up.”

"I think maybe a couple of years ago," Evans said. "I might have tried to pull some, like, mental gymnastics to compartmentalize, but I don't know if I can anymore. So I'm just hoping he's woken up."

Evans, a native of Sudbury, Mass., is known to be a big Patriots fan who often attends NFL games to cheer on his team.

In 2015, a red Make America Great Again hat was spotted in Brady’s locker during a televised interview.

Brady has been distancing himself from Trump since the 2016 election. In 2017, Brady declined to go to the White House after the Patriots won the Super Bowl.

Brady and Trump are reportedly friends and have played golf together in the past, but they don't see eye-to-eye on a key issue: kneeling during the national anthem. After Trump called the protests against police brutality against people of color unpatriotic, Brady said in an interview, "I certainly disagree with what he said. I thought it was just divisive. Like I said, I just want to support my teammates."