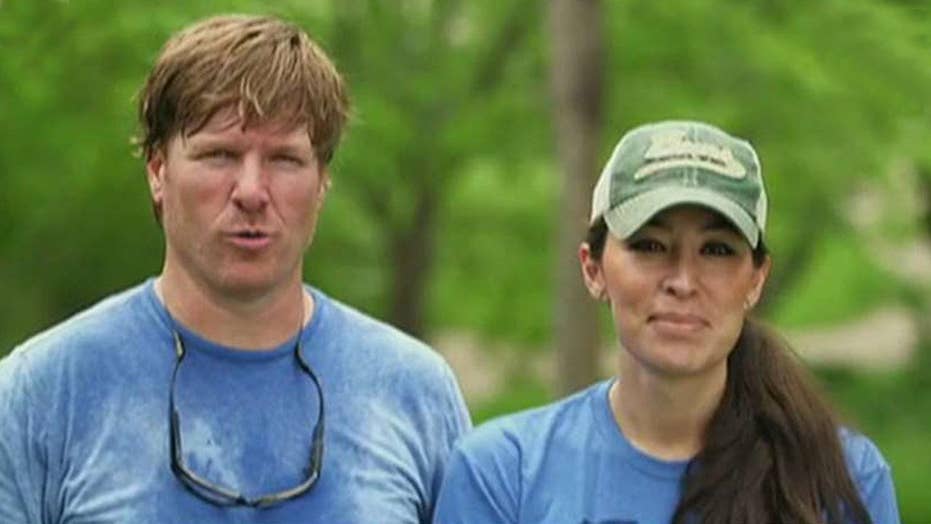 HGTV stars open up about their relationship.

Chip Gaines said he was going to cut his hair off to raise money for St. Jude Children's Research Hospital, and the “Fixer Upper” star has stayed true to his word and shaved his head entirely.

His wife, Joanna Gaines, shared a photo on Facebook on Wednesday night of her HGTV star hubby’s newly shaved head.

She wrote, “We are leaving Memphis changed. Kiddos of St. Jude Children's Research Hospital we go with your faces on our minds and your stories in our hearts. Thank you for letting us be a part of your home at Target House. We are cheering you on every step of the way.”

Last week, Chip wrote on Instagram that he was asking his fans to donate money to St. Jude’s and he would cut – or even shave – his head depending on how much was raised.

“Next week, Jo and I are visiting the beautiful kids at Target House with St. Jude Children's Research Hospital in Memphis. No family ever pays @StJudefor treatment, travel or food — so basically, we want to bring them a giant check from YOU to help cover costs — lets come together to do something big to bless these kiddos.”

He explained, “the more money we raise over the next FOUR days, the shorter my hair goes.”

Chip and Joanna Gaines recently announced the current season of their hit HGTV show would be the last. They have said they are taking a break from “Fixer Upper” to focus on other ventures.