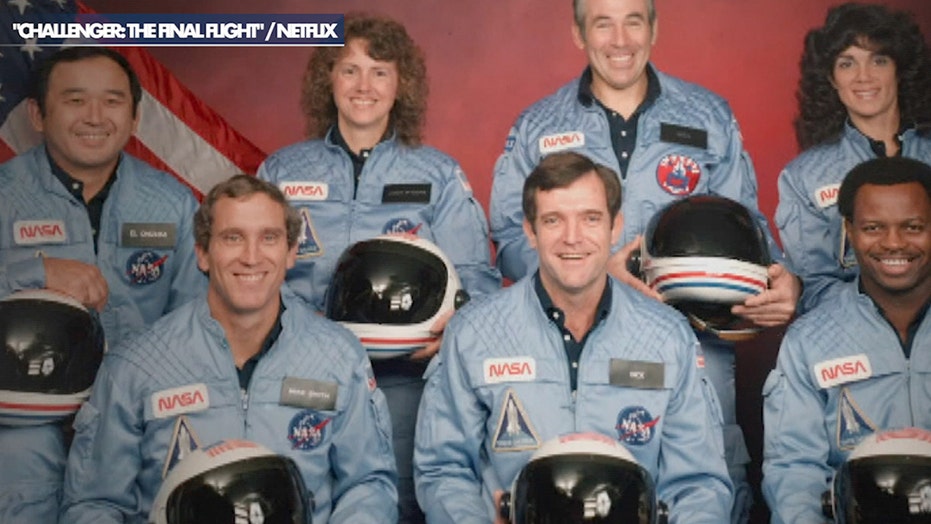 Netflix docuseries explores events that led to the Challenger disaster

On January 28, 1986, only 73 seconds into its flight, the shuttle exploded and killed all seven crew members aboard as the world watched in horror.

In the four-part series, audiences learn who these brave people were, what malfunction caused the fatal incident and how the Challenger's story serves as a cautionary tale of space travel and exploration.

"Telling the stories of the astronauts and their families was really the driving creative force behind the series," executive producer Glen Zipper told Fox News.

"One of the few things in our recent history that has brought us together is our imagination for space exploration," he said. "And we thought that telling this story now might remind us of that, that we have things in common ... And that there's the privatization of space where we have Jeff Bezos, Elon Musk, and Space X going into the next frontier and the danger still exists. So the series also serves as a cautionary tale to not make the same mistakes again."

Dick Scobee's widow, June Scobee Rodgers, is also featured in the series and hopes the audience sees that the "Challenger astronauts were real people."

"They were husbands and wives, parents, children," she told Fox News. "They were a wonderful crew of people representing all religions and cultures."

ARTIFACTS FROM 1986 CHALLENGER DISASTER UP FOR AUCTION

While reliving those memories is painful for Scobee Rodgers, she also feels it's a "tremendous joy to see my husband at a height of his career as the commander of that shuttle launch and flight."

Since her husband's death, she's been able to forgive "those people responsible for the accident" in order to move on with her life.

"You can't move forward in your life if you don't forgive. You're stuck in the place of anger or grief ... so I began turning that grief into creative energy in order to work with the families to create the Challenger Center, which continues [their] mission," she said. "We wanted children to enjoy what our loved ones were risking their lives for."

"Challenger: The Final Flight" is available now on Netflix.