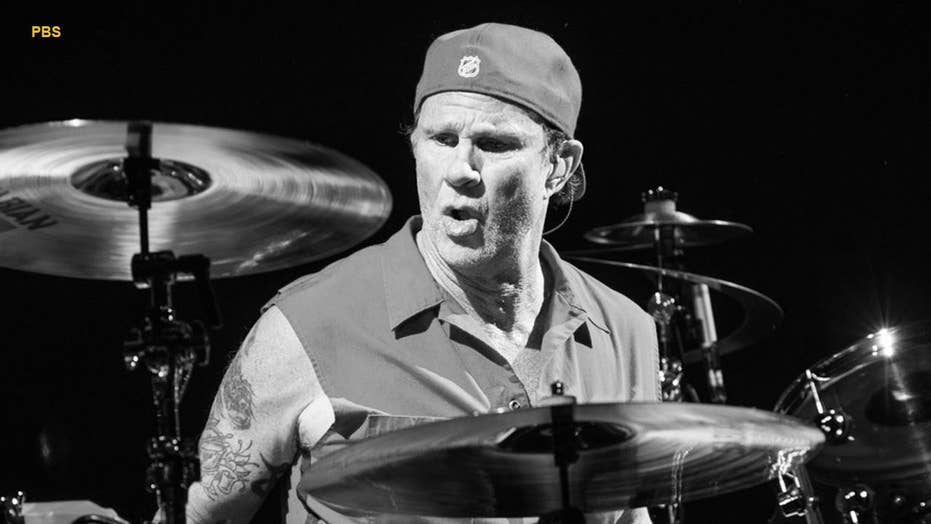 Rock stars on how they balance parenthood and fame

Fox411: The Foo Fighters' Taylor Hawkins and the Red Hot Chilli Peppers' Chad Smith admit that leaving their families to go out on tour isn't always the easiest thing to do.

When the Foo Fighters were offered the opportunity to perform at one of the oldest theaters in the world, they didn’t think twice to say yes — and they made sure to have a beloved comrade join them for the ride.

Back in July, the rock band headed to Greece where they held a concert at the Odeon of Herodes Atticus from the Acropolis in Athens, a rare rock performance for the ancient landmark. While the exact date of the Odeon’s construction is unknown, it is believed to have been constructed around the second century AD for concerts.

To chronicle the historic moment, the Foo Fighters were filmed by PBS for “LANDMARKS Live in Concert: A Great Performances Special,” which will premiere nationwide for the first time Friday. The episode is hosted by their friend Chad Smith, drummer of the Red Hot Chili Peppers. The 56-year-old couldn’t hold back his excitement throughout filming.

“It’s all an act, I’m an actor,” joked Smith to Fox News. “No, I actually have to say that it was not all an act, it was pretty amazing to go to a place [like this]. I mean, I’ve been to Greece once, but I’ve never had the opportunity… [to] go walk around and have people take me around and show me all these cool things — the Parthenon, the sunset — it was incredible.

"I have to say we had just a great time in general. The people were so friendly and happy to have us there and then of course, these guys playing this iconic venue, 2,500 years old, no rock band has ever played there… This one was really, really special.”

There was another perk of heading to Greece — the chance to spend more time with loved ones. While both the Foo Fighters and Red Hot Chili Peppers are often on the road touring, they made sure to bring their families along for the highly-publicized performance.

Smith is a father of four, whereas Foo Fighters drummer Taylor Hawkins has two children.

“Well obviously with the advent of FaceTime, you can see your kids every day,” explained Hawkins. “Also we seem to like, sort of plan…[a] family holiday around one of the tours, usually something where the wives want to go of course, and this… all of our kids were in Greece at this juncture because it was the perfect place to have a little bit of a vacation.”

The 45-year-old insisted the life of a rock star, especially for a parent, is far from glamorous.

“Everyone thinks like you must be at… fancy wine and cheese parties every night after every gig and you live some crazy life or something," said Hawkins. "And really, once you get out of your twenties and you stop acting like a fool, it just becomes your job… Forties for Chad, thirties for me.

"You just learn to kind of mix the two together and it’s not always easy. You don’t always want to leave, and you do feel lonely when you’re not with your family and kids sometimes, but you know it’s how you buy mansions. Otherwise, if me and Chad were not in rock bands... We’d be delivering you a pizza right now.”

Smith also received some parenting advice from a fellow rocker — but he chose to toss the rulebook aside.

“Sammy Hagar told me once, ‘You never bring your children out until at least they’re out of their diapers’… But I didn’t do that,” he explained. “It’s not all glamorous and exciting and sometimes it’s work and travel and you miss your family… but I got to say, [I] can’t really complain. If you’re going to complain… Taylor is going to slap me across the head because we got the best jobs in the world.”

Hawkins also shared that living the rock star life, even if it means leaving your family behind to perform for thousands of strangers across the globe on a back-to-back schedule, is like winning the lottery.

“… Not everyone gets to do this,” he said. “There’s plenty of great musicians out there and would love to be doing this and just didn’t find the right place at the right time and the right people, and me and Chad did.”

And even with their fame, the Foo Fighters enjoy giving fans the rare chance to join the band for a brief moment.

“Foo Fighters tend to bring fans on stage to play songs with them,” said Hawkins. “It must be weird for them. I could never have imagined being like 16 years old and having like Rob Halford say, ‘Get up here and play ‘Living After Midnight’ with us. I would have been stoked.”