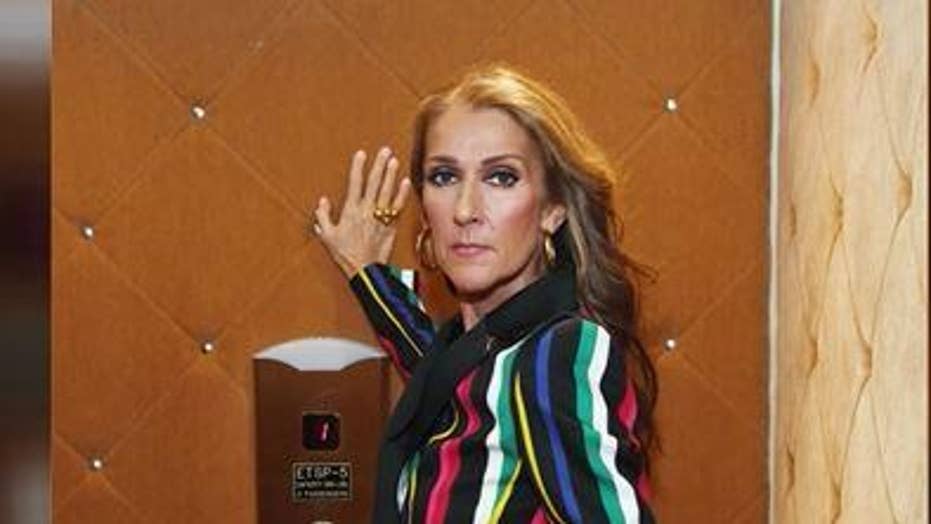 Céline Dion had quite the surprise for a couple who recently wed at a Las Vegas chapel.

The couple -- identified as Jason and Kate, both majors in the U.S. Air Force -- were first surprised by late-night host Jimmy Kimmel, who appeared on a screen behind them at the chapel. The "Jimmy Kimmel Live!” host had recently concluded a week of broadcasts from the city’s Zappos Theater at Planet Hollywood Resort & Casino.

“I’m sorry to interrupt. What were you guys doing?” Kimmel joked. “I was wondering if I might step in and you might let me preside over your ceremony.”

The couple agreed and were soon surprised by yet another celebrity: David Spade, who joked they seemed “too sober” to wed in Sin City.

Later, after the couple said “I do,” Kimmel asked the two if they had hired a wedding singer. They hadn’t.

Moments later, Dion walked into the chapel singing her 1996 hit “Because You Loved Me” as the couple shared their first dance.

The surprise came just days after the superstar, who is ending her acclaimed Vegas residency at Caesars Palace in June, announced she is releasing new music and embarking on a new world tour later this year.