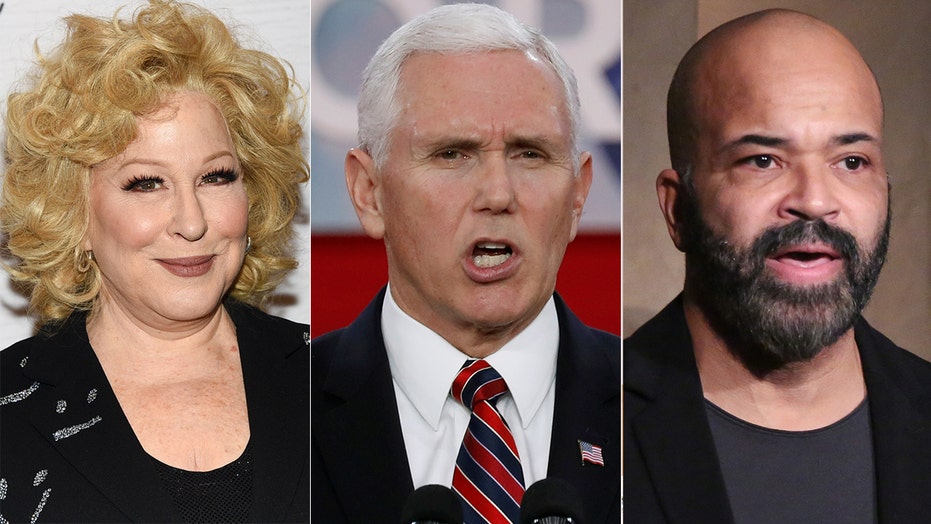 Vice President Mike Pence is being criticized by many celebrities for not adhering to the Mayo Clinic’s guidelines about wearing a mask to help prevent the spread of the coronavirus during a recent visit.

On April 13, the world-renowned medical center in Minnesota announced a policy requiring patients and visitors alike to wear a face mask at all times. The move helps the clinic comply with guidelines set out by the Centers for Disease Control and Prevention, which previously changed its recommendations “in light of new evidence” that shows “a significant portion” of those with the novel virus are either asymptomatic -- meaning they lack symptoms altogether -- or presymptomatic, meaning they can spread the virus to others without first showing signs of it themselves.

Pence explained his actions to reporters, stating: “When the CDC issued those guidelines, it was their recognition that people that may have it may prevent transmitting by wearing a mask. Since I don’t have it, I thought it would be a good opportunity to be here, speak to these guys and look them in the eye.”

Celebrities took to Twitter to criticize Mike Pence for not wearing a mask at the Mayo Clinic.  (Getty/AP)

Although Pence explained that his decision to not wear a mask had to do with the fact that he’s tested for COVID-19 regularly and is not believed to have it, many of his detractors in Hollywood still seized the opportunity to take to social media to criticize the vice president for flaunting the rules.

"#MikePence didn’t wear a mask at a visit to the #MayoClinic because he wanted to look people 'in the eye.' Does he not know the difference between surgical masks & sleep masks? And does Mother make him wear a sleep mask so he can’t see other women in his dreams?" tweeted Bette Midler.

"What person sees this and isn’t disgusted?  If they do not lose in a landslide our country has lost its mind. It’s not just about him getting sick, it’s about him getting other people sick.  If he isn’t following guidelines he has a higher chance of catching the virus," filmmaker Judd Apatow wrote.

"He could have used his extra long tie," wrote Sandra Bernhard.

"Pence was warned to wear a mask during a tour of the Mayo Clinic and refused. Do he and Trump think they’re invincible or is Pence afraid of Trump? What terrible role models for our nation," wrote Barbra Streisand.

Mia Farrow noted that the Mayo Clinic previously deleted a tweet saying that it informed Pence about the mask policy before he arrived.

"After all the outrage, I guess VP Pence made the Mayo delete their tweet saying that the ‘Mayo Clinic had informed @VP of their masking policy prior to his arrival,’" she wrote.