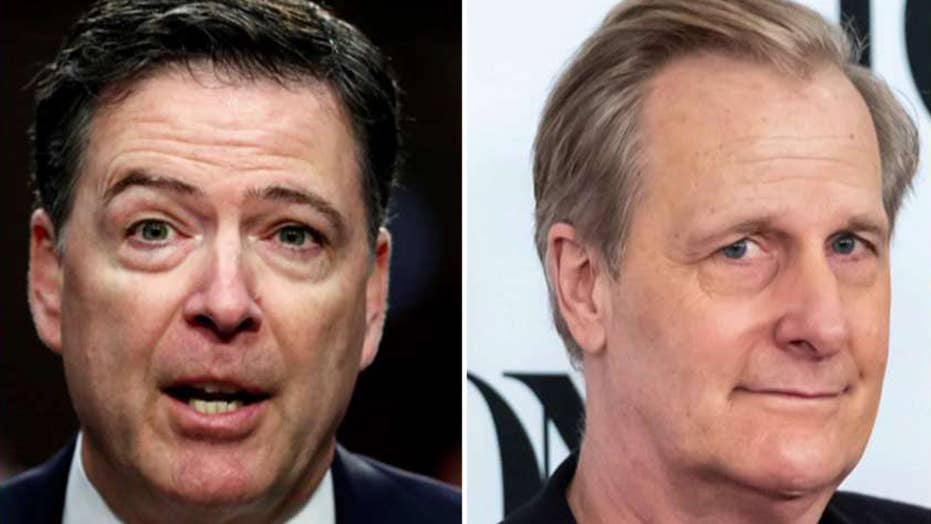 The 4-hour CBS miniseries is based on Comey's book 'A Higher Loyalty'; reaction on 'The Five.'

The four-hour miniseries will see Brendan Gleeson starring as President Trump alongside Jeff Daniels as Comey.

The as-of-yet untitled series, which is set to start production next month, is being penned by Billy Ray, known for writing "Captain Phillips," for which he received an Oscar nomination. Ray also is slated to direct the show.

Brendan Gleeson has signed on to play President Trump in an upcoming miniseries. (Dia Dipasupil/Getty Images for Entertainment Weekly, File)

Among his most famous roles, Gleeson won an Emmy for his performance as Winston Churchill in 2009's "Into the Storm," and also played Alastor Moody in the "Harry Potter" franchise.

Daniels is best known for his work in "The Newsroom," "Godless," and "Dumb and Dumber."

CBS execs will later decide on an airdate, as well as whether the series will air on Showtime or CBS All Access, according to the outlet.