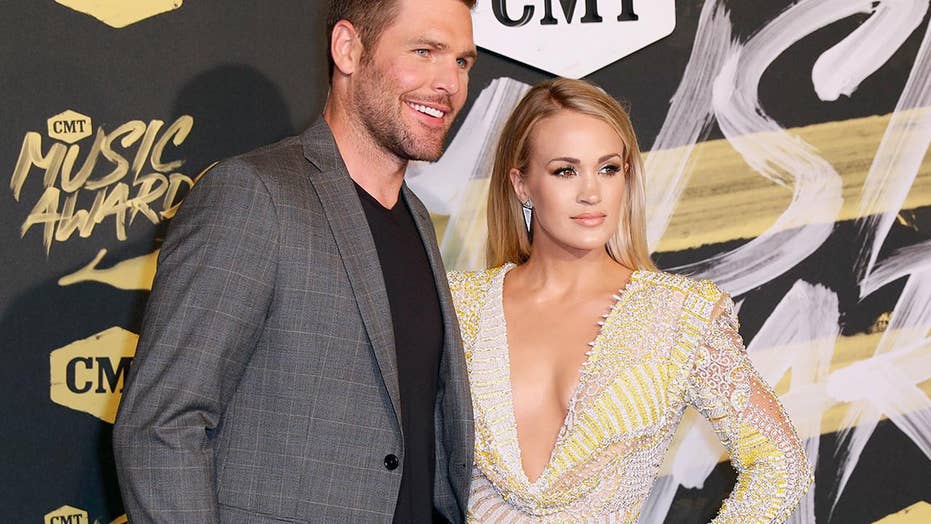 Carrie Underwood is going to be a mom... again!

Carrie Underwood just wants to get some sleep.

The expecting mom took to Twitter to complain about suffering from insomnia during her pregnancy.

"Dear pregnancy insomnia," the country superstar tweeted Friday. "Please go bother someone else…like dads. Go bother dads. My husband sleeps so soundly and peacefully and I’ve been awake for 2 hours (so far). How is this fair? Imma lose my mind!"

She later tweeted that she ended up online shopping while she couldn't sleep.

"Worst part about insomnia = waking up this morning to see what I bought online while I was up. I just realized I spent over $600 on make up," she wrote in a follow-up tweet,adding the hashtags “#SeemedLikeAGoodIdeaAtTheTime #HelpMe #TakeAwayMyShoppingApps #ButThereWasASale.”

Underwood is expecting a boy with husband Mike Fisher. They are already parents to 3-year-old son, Isaiah.

“I kind of planned that 2017 was, you know, going to be the year that I work on new music, and I have a baby,” Underwood said in a candid interview with CBS Sunday Morning’s Tracy Smith earlier this year. “We got pregnant early 2017, and it didn’t work out.”

The star added that she got pregnant again in the spring, but that it also didn’t work out.

The 35-year-old singer explained that each miscarriage led her directly to writing more music.

"'Cause I would literally have these horrible things going on in my life, and then have to go smile and, like, do some interviews or, like, do a photo shoot or something, you know? So it was just kind of, like, therapeutic, I guess,” she explained at the time.