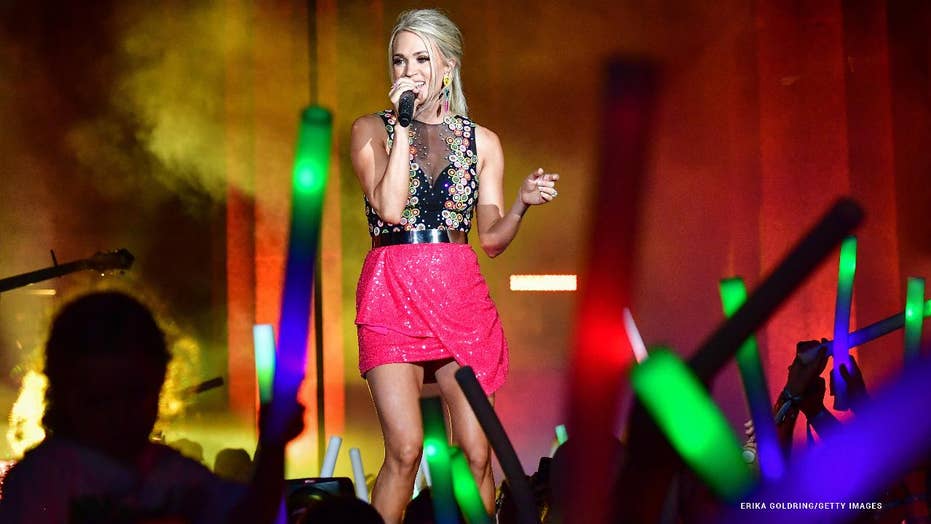 Carrie Underwood: What to know

Who is Carrie Underwood? Here are some things you may not know about the former 'American Idol' winner.

The 37-year-old superstar revealed the news of the upcoming record, which is due out in September, on social media on Monday.

"I realize we’re in the middle of a summer heatwave, but I couldn’t wait to tell you….at long last, my very first Christmas album #MyGift is coming September 25!  So much love has gone into this and I cannot wait to share it with you! ❤️🎁," she captioned a two-minute video on Instagram.

In the clip, Underwood explained her decision to release a holiday album as well as what inspired the name.

"This year, it was just kind of on my heart to do this Christmas album," she said. "I just felt like this was such a fitting time, kind of feel like it's a more perfect time than ever to record an album like this."

"I’ve always wanted to make a Christmas album and it’s something that really has to be well thought out,” Underwood continued.  “So right after the 'Cry Pretty' tour 360 was over, this was the next step I knew I wanted to take."

Of coming up with the name, Underwood admitted it's "really hard naming a Christmas album." The song "Little Drummer Boy" came across Underwood's mind, calling it one of her "favorites" due to the "sentiment behind it."

"[It's] just so honest. There's a little boy and I, of course, think of my 5-year-old Isaiah," the mom of two explained. "They're bringing gifts to baby Jesus. He doesn't have anything. He's poor, so he says, 'I know. I'm going to play my drum for him. That's what I have.' And to me, that's a gift that was given to him by God -- his love of music. I imagine he was a good little drummer."

She added: "I love music. I love singing. That is my personal gift that I have that I get to do, that I'm so blessed to do and I want to use that gift and I want to give it back to Jesus. That's kind of why I landed on 'My Gift' as an album title."

Underwood has recorded several holiday songs in the past, but this album marks her first full-length holiday record.