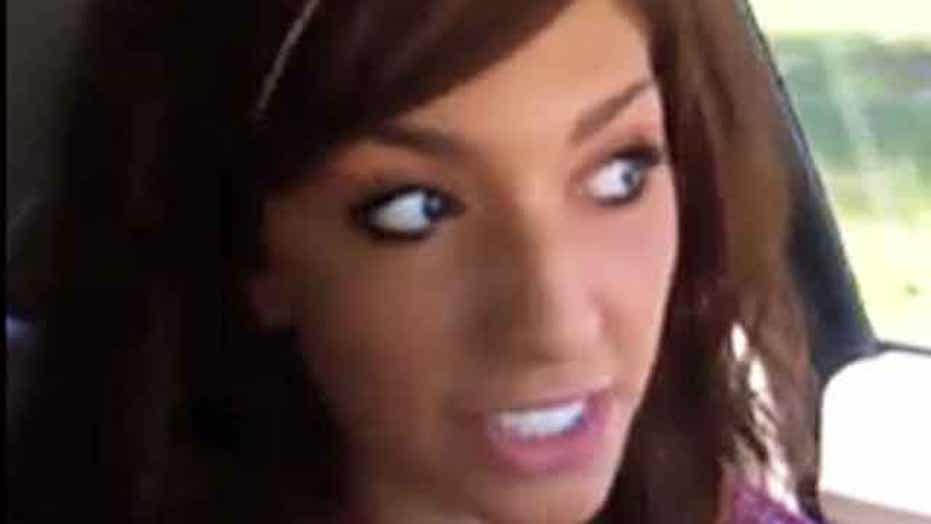 The former "Teen Mom" star said she made the tape for herself and had no intention of selling it. But our In the Zone experts smell a rat.

“I don’t think she did this for herself at all.  I think anyone with two eyes and a brain would be able to see that,” said Shadford.

Fuller said Abraham will make serious bucks when and if she sells the video.

“I think that Farrah will achieve her goal and will probably land at least a million dollar deal. I think there will be a market for it," she said. "We’ve talked to Vivid Entertainment at Hollywood Life. They’ve given us a statement. They said they’ve seen the film and that they liked it. They thought it was good and they were interested in buying it.”

But while Hilton and Kardashian were able to parlay their sex tapes into years of fame, Fuller doubts Abraham can do the same.

"I think her ambitions are bigger than what’s actually going to happen," Fuller said. "I think she’s make some money from this tape but I don’t see a big market for people who are going to be banging down her door to give her other job opportunities. “

Although Abraham may not become a household name, James Deen's just might.

“He’s been with Lindsey Lohan now he’s with Farrah," said Shadford, referring to his starring role with Lindsay Lohan in the low budget film 'The Canyons.' "I think that the real success story that is going to come out of this whole scandal is that James Deen is going to enter the popular consciousness."