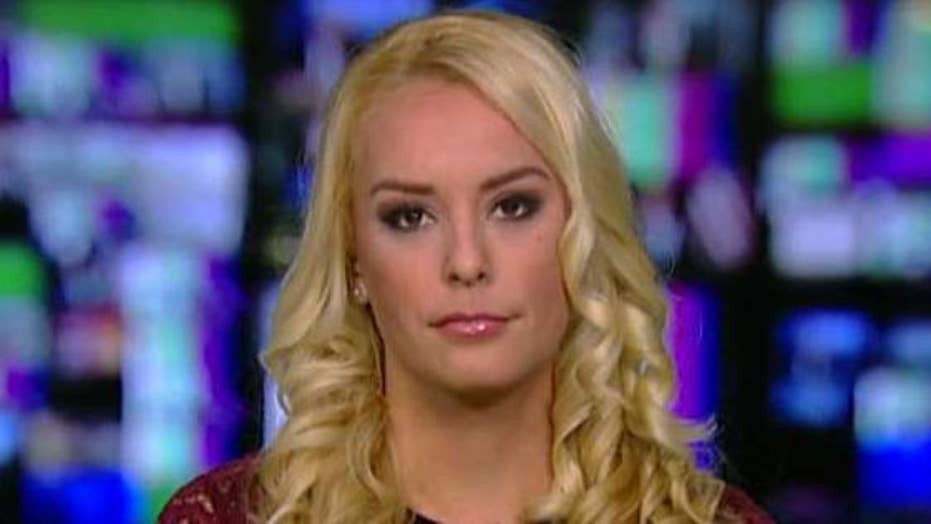 On Monday, GQ magazine released its special issue naming former San Francisco 49ers quarterback Colin Kaepernick “Citizen of the Year.” The controversial figure in sports, and the magazine, received a lot of backlash, including a string of tweets from former ESPN reporter Britt McHenry.

"I see that magazine cover and I think if we want to go with a football player, Houston Texans' JJ Watt raised $37 million for Hurricane Harvey relief. Why is he not the citizen of the year," she told Fox News' Neil Cavuto Monday night.

She added, "There's a huge disconnect with reality and the NFL right now and they need to figure it out."

McHenry also took shots at Kaepernick on Twitter earlier on Monday, arguing that he is not worthy of the brand new title. She also commented on Kaepernick’s previous wardrobe choice that painted police in a negative light.

“Wear socks depicting police officers as pigs; wear Fidel Castro as a fashion statement IN MIAMI; sue NFL for collusion when gf compares owners to slave owners… Win Citizen of the Year,” she wrote. “Serve in the US Military...nothing. What a joke, GQ. #Kaepernick.”

Kaepernick has said his decision to kneel during the national anthem began as a protest about police brutality in the black communities of America. Since then, it has ballooned into an issue about free speech, respect for the flag and respect for veterans.

“For those who think I don’t get the reason for protest you’re wrong. Eagles Malcolm Jenkins met with lawmakers to help community. Dolphins Kenny Stills met with Miami police. More examples of Citizen of the Year.”

Kaepernick has continued his protest, even after not being hired by any NFL team this season. As previously reported, in addition to the GQ cover he’s landed a $1 million book deal.