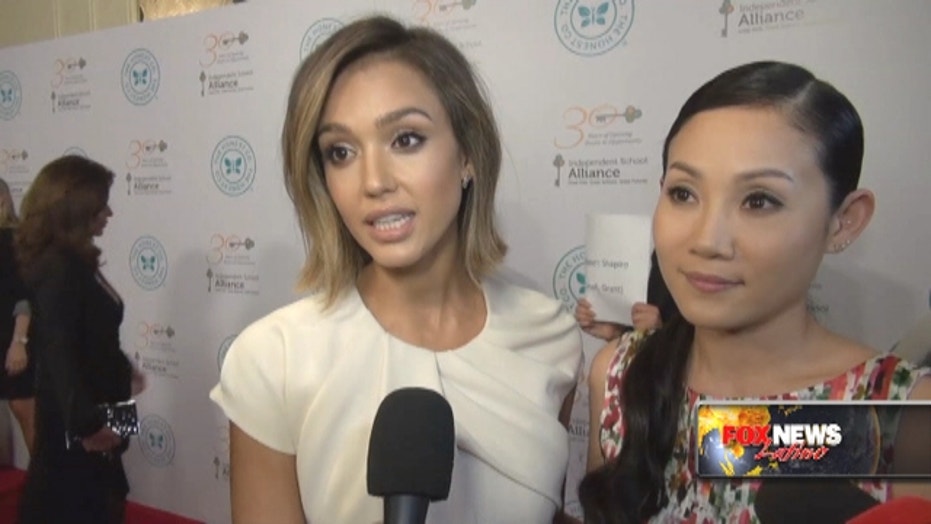 Jessica Alba opens up about her billion dollar company, The Honest Co.

"They give kids from underserved communities access to the best schools in Los Angeles," said Alba to reporters at the event.

"It's important because I believe in the mission of the Alliance, and I also I believe in equal opportunity," she added.

The actress presented the "Visionary Award" to Brian Lee, CEO and co-founder of her company The Honest Co., which sells eco-friendly, non-toxic baby and household products.

"We give people access to safer and healthier options to live a better life," said the mother of two, who a few days before was keynote speaker at the SXSW festival in Austin, TX.

Although Alba is considered a hot commodity in Hollywood, with roles in many movies including the 'Fantastic Four' and 'Sin City' franchises, her company is getting a lot of buzz in its own right.

New Hollywood mom Blake Lively recently posted a picture on her Instagram of an 'Honest Co.' diaper with a strawberry design and wrote, "One of these bunches of strawberries is about to be filled with poop. #LetsBeHonest @jessicaalba knows how to make even poop look good... "

Poop aside, Alba's company is serious business. It has been valued at $1 billion by the Wall Street Journal, listed on Forbes' hottest startups of 2014, and the company is expected to file to go public later this year.

The multitasking beauty recently said her company generated $150 million in revenue last year and planning an expansion into new products.

Alba, who first rose to fame as the young female heroine in the James Cameron series "Dark Angel," is all grown up and using her platform to pay it forward.

"Education is a huge piece of what the Honest Company is all about: empowering people with knowledge, so they can make better choices," she said.