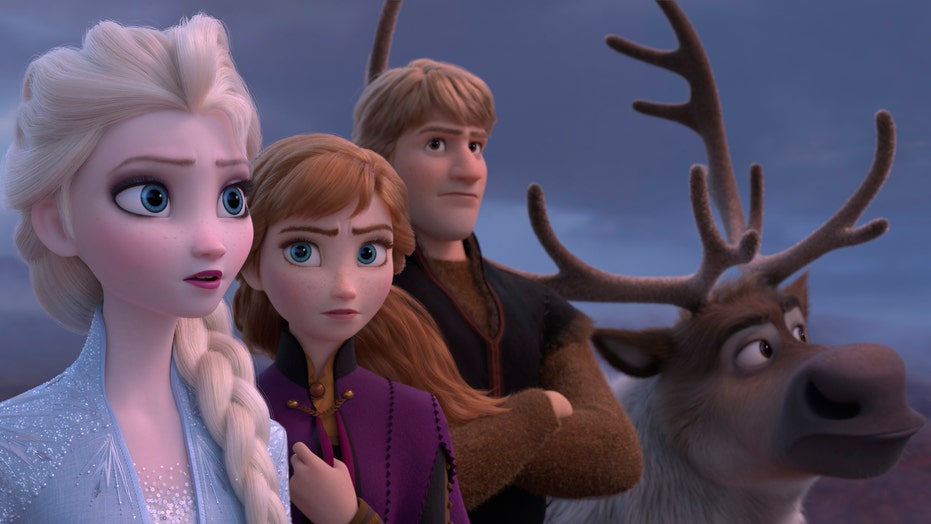 “Frozen 2” dominated box office charts for the third weekend in a row as Disney’s animated sequel scored another $34.7 million in North America.

Those ticket sales, a 60% decline from its massive Thanksgiving haul, boost its domestic tally to $337 million. “Frozen 2” earned $130 million in its inaugural outing and another $123 million the following weekend, cementing new high-water marks for Disney Animation. It’s now the third movie this year behind Universal’s “Glass” and Disney’s “Avengers: Endgame” to win the box office for three consecutive weekends.

Overseas, “Frozen 2” continues to enchant moviegoers as the fantasy follow-up powers to the $1 billion mark at the global box office. It brought in $90 million internationally this weekend, pushing box office receipts to $920 million globally. “Frozen 2” is expected to join the billion-dollar club soon and will be the sixth Disney film this year to hit that milestone. This weekend’s box office winnings will propel Disney past $10 billion in global ticket sales, the biggest haul in history for a single studio. When accounting for Fox titles it has released since inheriting the Murdochs’ film empire, receipts wind up at $11.9 billion. All that dough is still before “Star Wars: The Rise of Skywalker,” the culmination of the Skywalker saga, debuts Dec. 20.

'WHEN THEY SEE US,' 'THIS IS US,' 'SCHITT'S CREEK' LEAD 25TH ANNUAL CRITIC'S CHOICE AWARDS TV NOMS

The only new film to grace movie theater marquees this weekend was STX’s “Playmobil,” a cartoon based on the European children’s toys. Since “Frozen 2” is still enticing ticket buyers with young kids and the plastic toy company is relatively unknown compared to a brand like Lego (which Warner Bros. successfully mined into multiple feature films), “Playmobil” sputtered in spectacular fashion. The animated adventure landed at No. 13 on box office charts, collecting just $668,000 from 2,337 theaters in what is one of the worst nationwide opening weekends of all time. Unless the movie resonates in a big way at the international box office — where it has generated $12.5 million to date — the $75 million film stands to be a major money loser for co-financiers Wild Bunch, Pathe, Dimitri Rassam and the Paris-based On Animation. Lucky for STX, the company only paid to distribute the movie and doesn’t have a financial stake.

In a distant second place, Lionsgate and Rian Johnson’s whodunit “Knives Out” added another $14.5 million in its second weekend of release. The acclaimed murder mystery — starring Daniel Craig, Jamie Lee Curtis, Chris Evans and Don Johnson — has pocked $63.5 million in North America and a strong $124 million globally to date.

Holdovers rounded out box office charts. Disney-Fox’s “Ford v Ferrari” claimed third place, nabbing $6.58 million from 3,746 venues. After a month in theaters, the racing drama with Christian Bale and Matt Damon has amassed $91 million at the domestic box office. Universal’s “Queen and Slim” landed at No. 4, bringing in $6.53 million and lifting its North American revenues to $26.8 million. In fifth place, Sony’s “A Beautiful Day in the Neighborhood” earned $5.2 million in its third outing. The Mister Rogers film starring Tom Hanks has generated $43.1 million so far.

Focus Features’ legal thriller “Dark Waters” expanded to 2,012 screens, placing sixth on domestic charts with $4.1 million over the weekend and $5.28 million to date. A24’s “Waves” also bolstered its nationwide footprint, adding $421,625 while playing in 570 theaters. The emotional drama has made $1 million after four weeks in limited release.

New to the specialty box office, Neon’s “Portrait of a Lady on Fire” launched with a solid $67,105 from two theaters ($33,552 per location). Those box office receipts represent one of the strongest theater averages for a French film, behind “Amelie” and “Coco Chanel.” The movie, which won a screenwriting award at Cannes, is only in theaters for a week before it’s set to return to the big screen on Feb. 14, 2020.

CRITICS' CHOICE: 'THE IRISHMAN,' 'ONCE UPON A TIME IN HOLLYWOOD' LEAD MOVIE NOMINATIONS

Overall, ticket sales are still pacing 5.6% behind last year, according to Comscore. Upcoming tentpoles like “Jumanji: The Next Level” and “Star Wars: The Rise of Skywalker” are expected to help close that gap.