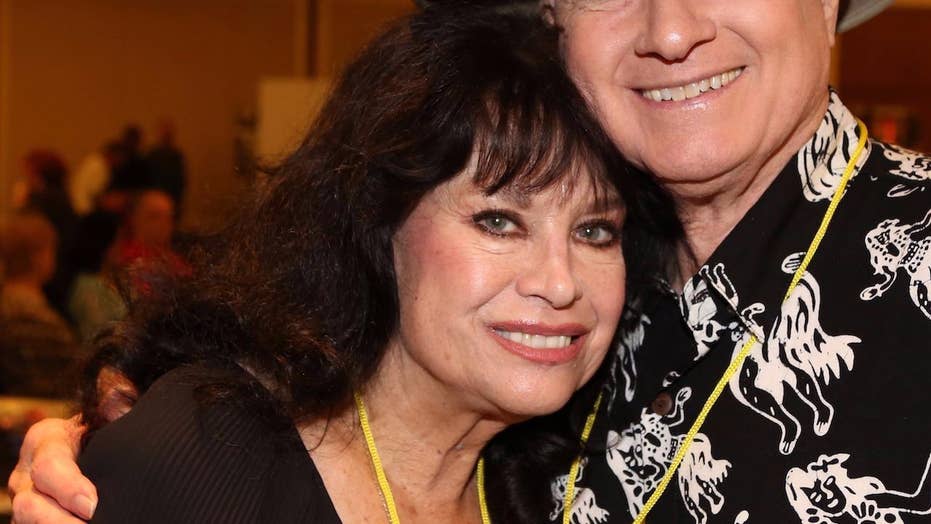 Former Bond Girl 'in a better place' after being homeless

Former Bond Girl Lana Wood is in a better place these days since news broke in April she was homeless.

Her friend Gregor Gillespie set up a GoFundMe page in the hopes of raising funds for the star, and fans have pitched in a whopping $29,635, totally overshooting the page's intial $10,000 goal.

“I still have my moments when it hits hard,” the 71-year-old actress told Fox News. “But the relief overshadows a lot of that."

Inside Edition reported earlier this year that the younger sister of Natalie Wood was staying in a motel room outside of Los Angeles with her daughter Evan, her son-in-law, three grandchildren, and two dogs while struggling to make ends meet.

"It’s difficult [relocating] under good circumstances. So under really rotten ones, it’s not really terrific…. I have basically fought all of my life to take care and to provide a home for my daughter, for myself, for my family.”

Wood was once regarded as Hollywood royalty when she starred as Plenty O’Toole opposite Sean Connery in 1971’s “Diamonds Are Forever".

But Wood said the family’s growing medical bills were to blame for their financial woes. Inside Edition reported Evan battled Hodgkin’s lymphoma and her radiation treatments permanently scarred her lungs, resulting in her breathing through an oxygen compressor. The family struggled to pay for their rented home in California and they were ultimately evicted. They scrambled to find a motel that would allow the family to stay with their pets.

“I realized [I was in trouble] for quite a while, but it seemed like we were able to bail out,” Wood explained. “...We had more health problems than expected -- not that you ever expect them -- but I know I’m not going to get well. I’m only going to get worse… But with my daughter, she’s all hooked up to oxygen. She’s got two units. She can’t walk across a room without becoming terribly winded. We weren’t expecting that. She has other medical problems that I don’t think she would be comfortable with me going into on her behalf… But she’s not well. She’s really not well. It’s difficult.”

Wood suffers from health issues of her own, including arthritis. She claimed doctors have tried numerous treatments, but nothing has provided long-term relief.

“I literally live in pain 24/7,” she said. “It’s degenerative and there’s nothing that at my stage that can be done… Unfortunately, I lived with it for a very long time and I just kept my mouth shut, which is probably not the smartest thing to do. So now I’m dealing with it on both knees. I’ve been told I have absolutely no cartiidge left on my neck. My hands are a nightmare. And I’m just waiting to see what else starts hurting at this point… Unfortunately, there’s just nothing that can be done about that. I’m just trying to deal with it the best I can. You take your high blood pressure medicine, a lot of vitamins, and hope for the best.”

Wood and her family have since left the motel and are living in “an adorable little place.” She credited donations from the GoFundMe campaign for giving her family a new start.

“Oh goodness, if I wasn’t able to touch [that money], I wouldn’t have electricity, water, or a roof over my head,” she said. “But you know, the thing a lot of us forget, myself included, is you put down first, last, and a security deposit and you’re in a place. But how about all the deposits necessary for water, gas, electricity — all of our things had to be put in storage. Even doing that we lost more than half of everything we owned… and finding a motel that would accept us with dogs was not easy. It was costly… We’re still coming to terms with everything, so we’re not pulled together by any stretch of the imagination, but we’re trying. I’m trying very hard to make it a home.”

Many fans wondered why Robert Wagner, her sister’s husband and a famous Hollywood actor, hasn’t stepped in to help. Wood shared there hasn’t been any contact between Wagner or any of Natalie's daughters.

In 2011, Wood pressed the 87-year-old for answers concerning Natalie’s sudden death in 1981 from drowning. Authorities have said Wagner isn’t a suspect, and he denied any involvement in her passing. Wood claimed that if Natalie were alive, she would have stepped in to help her sibling.

However, Wood is stunned so many fans pitched in financially — and continue to do so.

“I’m terribly overwhelmed with sincere gratitude,” she said. “I don’t know where I would be right now if it wasn't for everyone saying, ‘Yes, I want to help.' They’ve given me a continuation of my life to which was rapidly falling apart. My gratitude is endless.”