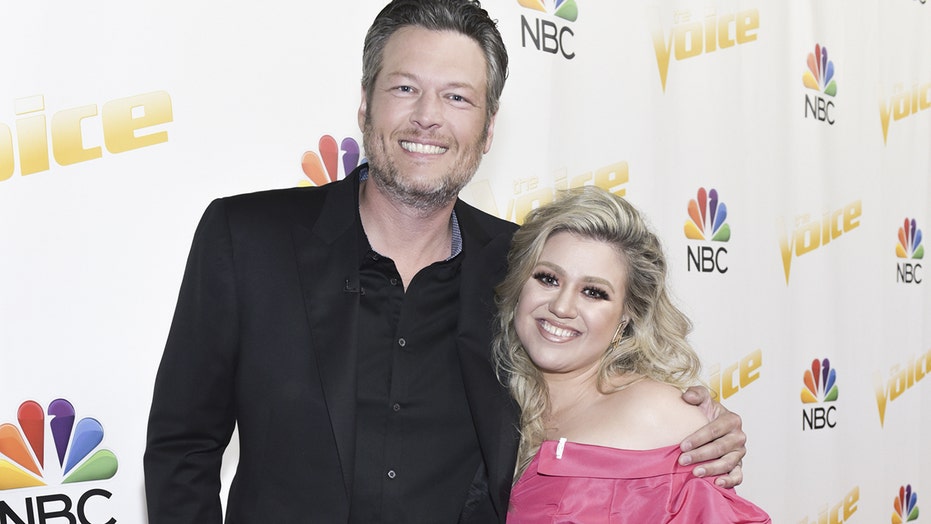 Kelly Clarkson is weathering the often treacherous waters of divorce and has been looking to close friends for support amid her public split from husband Brandon Blackstock, according to a new report.

“Blake [Shelton] has been supportive and the friend she has needed, as always,” a source close to the “American Idol” alum told Us Weekly on Wednesday.

The friendship triangle still sees Blackstock, 43, as Shelton’s longtime manager, however, despite the divorce, the insider said Shelton, 43, and Clarkson remain unfazed by the marriage dissolution and “often joke they are siblings.”

Kelly Clarkson has reportedly been leaning on brother-figure Blake Shelton amid her divorce from Brandon Blackstock, according to industry insiders.  (Getty Images)

What’s more, is Clarkson, 38, also has the backing from Blackstock’s stepmother, the venerable Reba McEntire, whom another industry insider said was in full support of the couple’s decision to head their separate ways.

“[Kelly] broke the news to Reba,” the second source said. “Reba’s supportive of both Brandon and Kelly’s decision to split. She’s anguished about it, but she’s not one to judge.”

Clarkson and Blackstock’s union reportedly fell victim to the coronavirus quarantine period, according to friends close to the former couple. Per People magazine, pals claimed that the strain of raising four children while still making time for each other was a burden neither could shoulder while they were holed up in Montana.

Kelly Clarkson and Blake Shelton on 'The Voice.' (Trae Patton/NBC)

BLAKE SHELTON AND GWEN STEFANI WANT TO GET MARRIED ONCE CORONAVIRUS PANDEMIC IS OVER: REPORT

"It was a stressful time,” a source told People. “[Quarantining in Montana] exacerbated any issues.”

“We've been in really close quarters and it's been kind of nuts. I'm not going to lie," Clarkson told People in May. "There's definitely some cabin fever going on. It's challenging being a working mom."