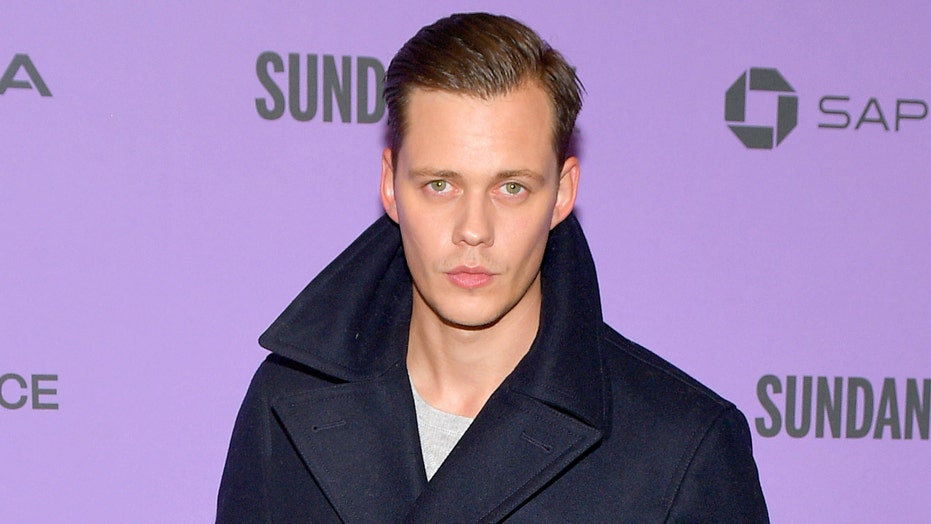 Bill Skarsgård is no stranger to intense, dark roles.

The 30-year-old actor has starred as Pennywise the clown in two "It" movies and has appeared in other projects like Hulu's "Castle Rock" that have allowed him to tap into his more brooding side.

His newest flick, Netflix's "The Devil All the Time," will see him take on a new role as Willard, who he described as having been "damaged from what he has experienced in the war."

"I'm definitely not just like going out and looking particularly for [the] most dark and twisted souls to portray," Skarsgård told Fox News. "I like complicated, I like to explore that. I like to explore extremities in people's psyches in whatever form that is."

Bill Skarsgard stars in Netflix's 'The Devil All the Time.' (Photo by Matt Winkelmeyer/Getty Images)

Such roles encourage him to put himself "in the mind of someone that's so far away from maybe your own personal experiences."

Additionally, when he reads a script, he's most intrigued by the characters that spark questions.

"If I read a character, the more complex and puzzled I am ... the more interesting it is to me."

While Skarsgård still plays a complex character in "The Devil All the Time," there was plenty of new aspects of the character for the actor to research.

"I think this role in a lot of ways was one of my bigger challenges because the character in Willard is so complex and so damaged from what he has experienced in the war," said the star. "And the story itself is taking place in rural America, in Willard's case, In West Virginia in the 40s and the 50s. I was like, 'OK boy, I grew up very far away from that region.'"

Skarsgård explained that he researched "what it was like to fight in the South Pacific during World War II" by reading memoirs from former Marines. He even worked with a dialect coach to nail an accent for the character.

"The Devil All the Time," which also stars Tom Holland and Robert Pattinson, debuts on Netflix on Wednesday.