Neighbor with footage of Ma'Khia Bryant shooting: Officer 'did what he thought was best'

Donavon Brinson, who captured footage of the fatal shooting of an Ohio teen by a police officer, says the officer was not faced with many choices and only had seconds to respond.

Maher kicked off Friday's panel discussion by refuting the notion that the Chauvin verdict was a true turning point for U.S. society, arguing it's "part of a trend" since 2014 and listing other convictions of police officers involved in the deaths of Laquan McDonald, Walter Scott and Botham Jean, among others.

"The left loves its narratives," Maher quipped. "This is something that has been changing. This is another brick in that wall that we're building."

"It's too slow, it's very slow," Ryan responded. "You're talking about a trend since 2014. Let's go way back. Let's go back 402 years to slavery. From patrolling, OK? Then you go to Jim Crow, then you go to civil rights, then you go to today. This is not even a victory. This is a small movement towards what should be. It's not right that Black people have to have 'the talk' to their children."

"When Black people -- a lot of Black people -- are at the wheel and out in the street, they fear police coming to them and they are fearful of what streetcorner justice, you're tried and convicted and killed on the spot versus a White person who gets a chance to go to court," Ryan explained.

"No one is arguing with that," Maher replied. "I'm just saying that things are different than what they were five years ago. It's an important point."

Ryan then invoked the Freddie Gray case in Baltimore, where he died in police custody while riding in the back of a police van.

"And who is the mayor? A Black woman," Maher pushed back. "Who is the head of the police? Who is the DA? It's an entire -- I'm just saying, it's obviously something beyond race, then, that's going on. ... Everybody in the upper echelon of the Freddie Gray case was Black."

"True," Ryan admitted. "But the system is the same." 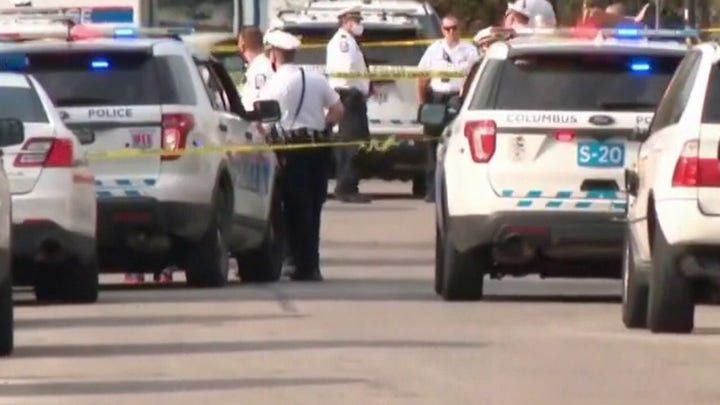 The HBO star then pivoted to the Columbus, Ohio, police-involved shooting and noted how Bryant, the teen girl, was shot as she was attacking another Black teen with a knife.

"This was a Black girl who was about to stab another Black girl. Black Lives Matter. ... which one?" Maher asked. "Because a lot of people are saying that the cop did the wrong thing. I'm saying which life?"

"He could have saved her. He could've shot her in the leg," Ryan insisted. "He could have de-escalated in a different way. He didn't even have to use a bullet. He could have done something differently. ... It should not be that if there's a police officer coming to your home, someone dies. There are ways, they are trained to de-escalate. And there are some people who don't use the Taser."

"They are not ... that's the problem. They're not trained to de-escalate," Maher said.

The "Real Time" host also complained that police were terrible "marksmen" and suggested they should spend more time at the shooting range before using their guns again.