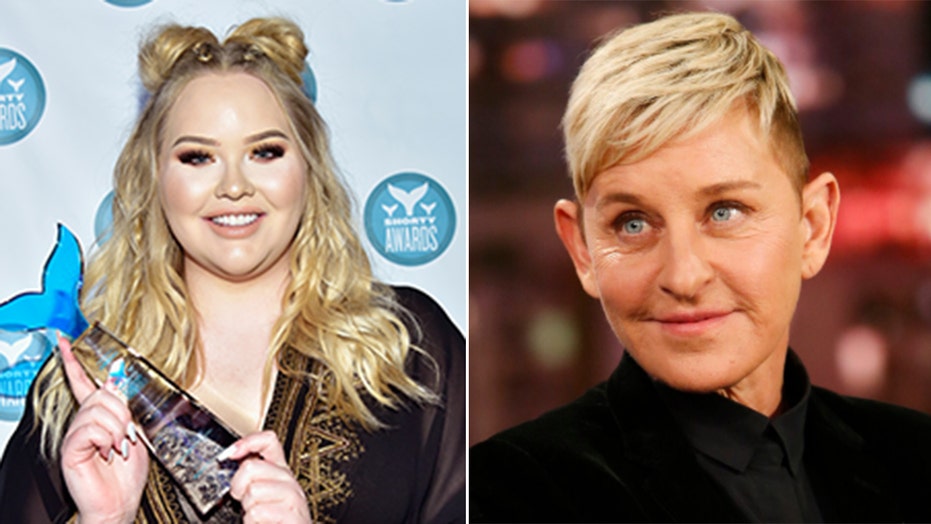 A Dutch beauty blogger who had a once-in-a-lifetime opportunity to appear on "The Ellen DeGeneres Show" is the latest to call out the daytime host for her cold demeanor.

Nikkie de Jager, a beauty influencer who runs YouTube channel "NikkieTutorials," was flown out to Los Angeles earlier this year to be interviewed by Ellen DeGeneres to discuss the courageous moment she came out as transgender on the video platform.

De Jager spoke about the experience with Dutch publication &C, where she revealed the meeting with the TV personality wasn't as enjoyable as she imagined.

"Call me naive, but I kind of expected to be welcomed with confetti cannons," de Jager told the outlet. "But instead I was greeted by an angry intern who was a bit overworked. I was expecting a Disney show, but I got Teletubbies after dark."

"Every guest at Ellen's had a private toilet, but I didn't," de Jager claimed. "I was not allowed to use the nearest toilet because it was reserved for the Jonas Brothers. Why do they get a private toilet, I thought. But in the end, my item had eight million views afterwards and theirs two million!"

A rep for DeGeneres did not immediately respond to Fox News' request for comment.

Later in the interview, de Jager shared Adele is at the top of her list of celebrities she'd like to meet, but her encounter with DeGeneres has since lowered her expectations.

"Although after Ellen, I figured, don't meet your idols," the Youtuber said.

De Jager described her experience on "The Ellen DeGeneres" show as a "happy" one, but later reportedly slammed DeGeneres' demeanor as "just a little" cold in a separate interview on the Dutch TV show "De Wereld Draait Door."

"It's nice that you say 'hi' before the show," de Jager complimented the Dutch TV hosts back in January via Yahoo. "She didn't. Ellen is just such a different world."

De Jager's comments have surfaced on the heels of a number of other claims regarding DeGeneres' not so nice behavior.

Earlier this month, employees of DeGeneres' daytime talk show were reportedly left in the dark about pay and employment amid the coronavirus shutdown.

According to Variety, the more than 30 employees who make up the stage crew for “The Ellen DeGeneres Show” were not given any formal communication about the status of the show, their working hours or pay for more than a month after regular production was shut down.

Two unnamed sources who claimed they were able to reach higher-ups over the phone were not given any answers as to what was happening regarding the statuses of their jobs.

A spokesperson for the show did not immediately respond to Fox News' request for comment, but one spokesperson for Warner Bros. TV claimed that while communication could have been better, cast and crew members remained a top priority.

“Our executive producers and Telepictures are committed to taking care of our staff and crew and have made decisions first and foremost with them in mind,” the spokesperson said.

In March, DeGeneres also came under fire by fans who were furious she joked that quarantining at her Los Angeles mansion amid the coronavirus pandemic was similar to being behind bars.

“Portia and I have been quarantining for three weeks now and it’s nice, actually, because we get to spend time together and talk and just really get to know each other, right? Did you know that she’s Australian? Fascinating,” the star deadpanned on air.

“This is like being in jail is what it is,” DeGeneres joked. “Mostly because I’ve been wearing the same clothes for 10 days and everyone in here is gay!”