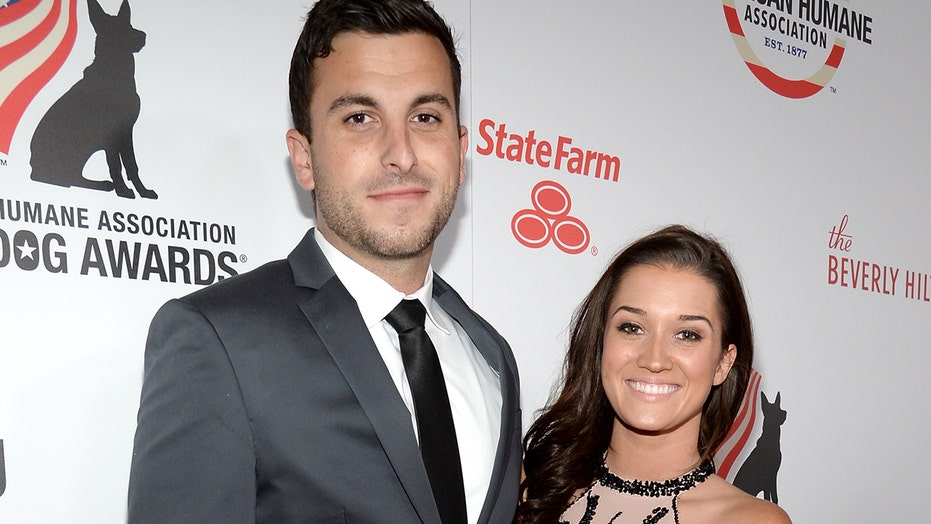 "Bachelor" alum Jade Roper Tolbert and her husband have been stripped of their $1 million prize from a DraftKings daily fantasy football contest, according to a new report.

DraftKings, the company behind the "Millionaire Maker" contest for the NFL, released a statement Saturday confirming that their leaderboard for the Wild Card competition that Jade and her husband, Tanner Tolbert, entered back in January has been updated.

"DraftKings has decided to update the standings for several contests," they announced on their official Twitter account. "All customers affected by the updated standings will be notified directly. It is our general policy not to comment further on such matters."

According to TMZ, the updated standings show that Jade and Tanner were, in fact, not the winners. Instead, the big prize went to a person who runs an account named Spclk.

Jade and Tanner did not immediately respond to Fox News' request for comment.

Earlier this month the former "Bachelor" hopeful reportedly entered the maximum of 150 individual lineups into the contest, but shortly after her win spurred allegations of collusion with her husband, who is widely known as a high-volume daily fantasy player.

DraftKings began investigating her victory after the ex-reality star came under fire.

Per ESPN, the couple combined submitted 300 lineups at $25 per entry into the DraftKings contest portal. Fantasy experts who tore through the Tolbert’s entries found that of their 300 entries, 298 were unique, meaning they lacked duplicate entries.

'BACHELOR' ALUM JADE ROPER REVEALS SHE WAS RAPED AS A TEEN

DraftKings informed the Tolberts of their probe into whether or not their win was legitimate, and a spokesperson for the fantasy-betting site issued a statement to ESPN, saying: "We take the integrity and fairness of our contests very seriously and are looking into this matter.”

In a statement to Fox News, a company spokesperson said at the time: “The DraftKings compliance team reviews the results of all major contests to ensure they comply with our terms of use and applicable state regulations. We take the integrity and fairness of our DFS contests seriously, and prizes are not paid out until our reviews are complete.”

Jade and Tanner told Fox News in a statement earlier this month: "We respect that DraftKings feels they must do their due diligence in regard to Jade winning their $1 million dollar prize for the fantasy contest for the NFL’s wild-card round this weekend. Though we must ponder, would the questions, accusations and curiosity about this win be the same if the winner had been male and someone who wasn’t already in the public eye? It is incredibly important for us to establish that Jade’s win is nothing more than pure luck and we are confident that DraftKings will determine the same."

Tanner and Jade both appeared on the second season of the "Bachelor" spinoff series, "Bachelor in Paradise," before they tied the knot in 2016.