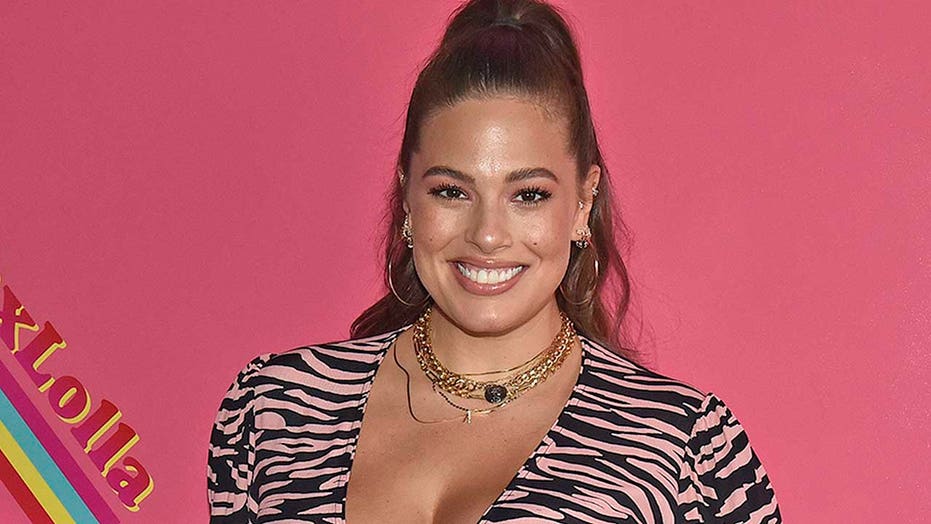 A little over two weeks after giving birth to her first child, Ashley Graham has finally shared with her fans the name of her baby boy.

The model, 32, and her photographer husband, Justin Erwin, welcomed a son on Jan. 18. The couple teased photos on Monday of the newborn wrapping his hands around the married couple's fingers. But on Tuesday, Graham gave fans and even bigger treat by bringing her son on her YouTube channel and podcast "Pretty Big Deal" for the first time.

Erwin joined Graham for the YouTube episode and brought out their little boy decked out in an army-print onesie. The couple then revealed his name: Isaac Menelik Giovanni Erwin.

Graham and Erwin explained a lot of planning went into naming baby Isaac, a name Erwin had picked out back when he was a young boy, he explained.

Graham said the middle name Menelik was inspired by their travels to Ethiopia.

"Menelik is the first emperor of Ethiopia. It also means 'son of the wise,'" Graham explained. "And Menelik was the son of Queen of Sheba and King Solomon."

PLUS-SIZE MODEL ASHLEY GRAHAM GETS CANDID ABOUT HER BODY

Erwin added that "everything" in Isaac's name is "pointing to legacy."

The second middle name, Giovanni, is also meaningful to the couple for a number of reasons. Giovanni is the Italian version of the name John, which hints at Erwin's partial Italian roots, they said.

Additionally, both Graham and Erwin's grandfathers bear the name John and it's also the name of a bishop close to Erwin's parents.

"We're a family forever," Graham happily said while cradling Isaac. "I don't know about you but I can't stop staring at him."

Earlier this week, Graham revealed on Instagram the exact time her boy came into the world.

"At 6:00PM on 01/18/2020, we welcomed 7lbs 5oz of love into our world. Meeting our son has made our hearts incredibly full and we can't wait to introduce him to you on @prettybigdealpod tomorrow...," Graham captioned the post.

Graham shared two touching black-and-white photographs showing her and her husband holding hands with their little one.

The model first announced she was pregnant on Aug. 14 via social media. She then revealed the gender of her baby on "The Ellen DeGeneres" show in November.