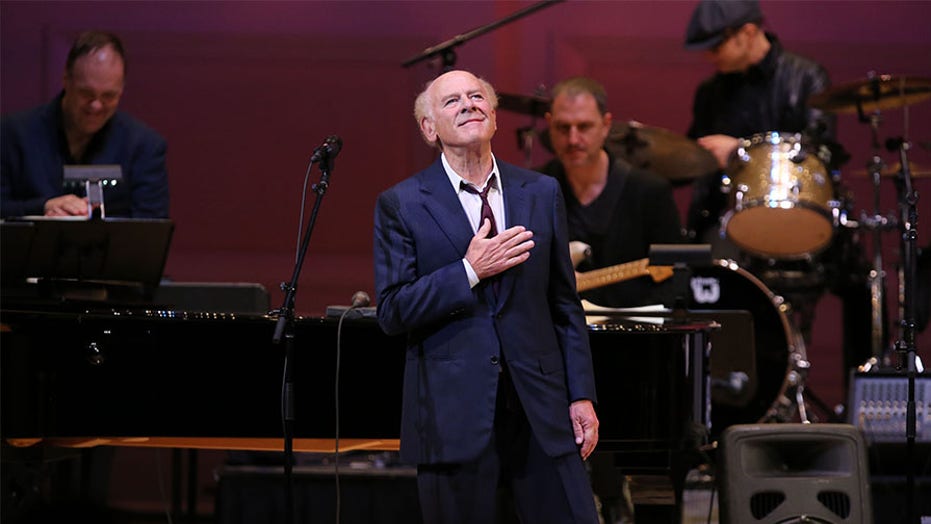 It’s been over 60 years since Art Garfunkel met a student in his freshman humanities class at Columbia who forever impacted his life.

“It was his voice,” the 78-year-old told People magazine on Thursday about Sanford “Sandy” Greenberg.

“I’m a singer,” the artist shared. “The voice is terribly important to me. All life long, I read through people’s voices so much of their temperament, their nature, their soul. When I first met Sanford in the very beginning, the resonance of his bass-baritone was just beautiful to me. As I started talking to him, I felt like I was singing with him.

In a new memoir, titled “Hello Darkness, My Old Friend,” Greenberg, 79, describes how, at age 20, he suddenly went blind in his junior year of college after emergency surgery for long-misdiagnosed glaucoma.

JOHN F. KENNEDY JR. 'WOULD HAVE BEEN PRESIDENT OF THE UNITED STATES' IF HE WERE ALIVE TODAY, PAL SAYS

The book’s title refers to the iconic opening line of Simon & Garfunkel’s hit single “The Sounds of Silence.” Garfunkel wrote the introduction for the book.

Greenberg said he has always treasured his friendship with Garfunkel. It kept him going.

“It lifted me out of the grave,” he admitted.

Greenberg said that he despaired in darkness at his parents’ house in Buffalo, N.Y., and insisted he would never make it through Columbia without sight. Yet, Garfunkel “flew in, turned me around and said, ‘I will help you.’”

It “was, for me, the beginning of the end of gray hopelessness,” he shared.

According to the outlet, the pair were roommates on campus. Garfunkel, an aspiring architect at the time, kept their room exactly as Greenberg had memorized it. Garfunkel not only read his pal’s coursework to him aloud, but he walked Greenberg to class, repaired his tape recorder and bandaged his bloody cuts whenever he would bang into things.

PADMA LAKSHMI RECALLS HER ANGER AFTER LATE ENDOMETRIOSIS DIAGNOSIS: ‘I LOST A WEEK OF MY LIFE EVERY MONTH’

Greenberg shared that Garfunkel called himself “Darkness” as he devoted himself to being his friend’s eyes.

“He divorced himself from the life he’d been living, altering his own ways to conform better to mine,” recalled Greenberg. “Arthur would walk in and say, ‘Sanford, Darkness is going to read you ‘The Iliad.’”

“I’m a nutty guy,” Garfunkel joked. “I was saying, ‘I want to be together where you are, in the black.’”

The outlet reported Greenberg went on to be a philanthropist and inventor after graduate studies at Harvard and Oxford. He went on to have a family as Garfunkel became a music star. While their lives went in different directions, the two men stayed close over the years.

Art Garfunkel of Simon and Garfunkel performs on stage at the Monterey Pop Festival on June 16 1967 in Monterey, Calif. (Photo by Michael Ochs Archives/Getty Images)

“He took me everywhere, whether it was ‘Saturday Night Live,’ or I stood next to him when he was recording ‘Parsley, Sage, Rosemary and Thyme,’” said Greenberg. “He was on a stool. He asked me to come and stand next to him while he sang. Talk about a beautiful experience! He could have passed me by, but he stayed loyal. And that’s a tough thing to do when you’re a world-famous star."

As for Garfunkel, he wouldn’t have had it any other way.

“[With Sandy], my real life emerged,” he said. “I became a better guy in my own eyes and began to see who I was -- somebody who gives to a friend.”