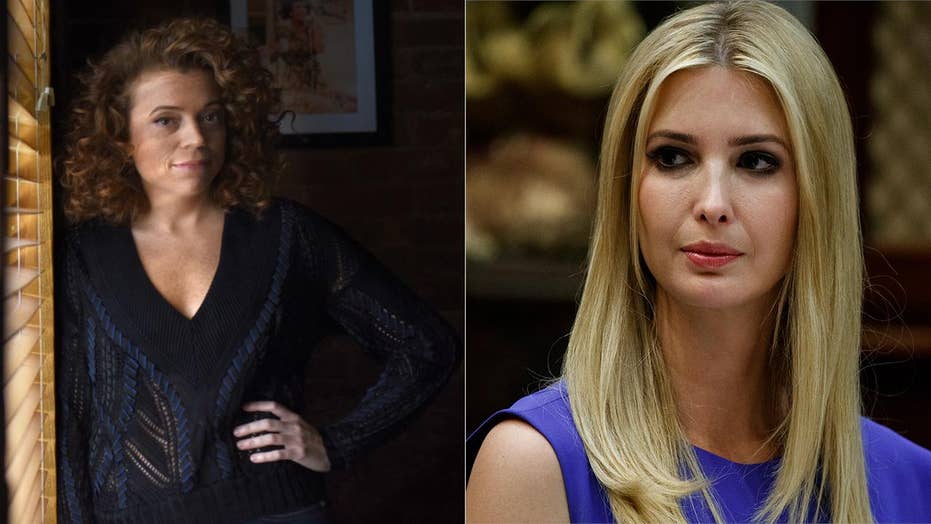 Anti-Trump comedian Michelle Wolf unleashed a vulgar attack on first daughter Ivanka Trump, comparing her to "vaginal mesh" and "herpes" during the latest episode of her Netflix show “The Break.”

Wolf started off by mocking the recent Republican National Committee ad that refers to a variety of Hollywood liberals as “unhinged.”

“Now is not the time to be hinged,” she said before declaring that she disagrees with calls for “civility.”

“These politicians, these people that we’re expected to be civil to, our public servants that we elected to do a job… they work for us,” Wolf said. “You can’t just casually harass these people. You have to insult them specifically.”

“If you see Ivanka on the street, first call her Tiffany. This will devastate her. Then talk to her in terms she’ll understand. Say, ‘Ivanka, you’re like vaginal mesh. You were supposed to support women but now you have blood all over you and you’re the center of a thousand lawsuits,’” Wolf said.

Wolf then went after Mitch McConnell and Scott Pruitt before throwing another jab at the first daughter.

“Ivanka, you’re like that birth control pill Yaz. At first, it seemed like you’d be really cool and helpful but you need to be immediately recalled,” Wolf said.

Wolf came back to Ivanka later in the uncouth segment after taking a few shots at Justice Clarence Thomas and Education Secretary Betsy DeVos.

“Is your nickname 'herpes'? Because you’re not necessarily the most dangerous person in the administration but you’re very unpleasant, totally incurable and you always show up when we’re about to get f----d,” Wolf said.

Conservative pundit Carmine Sabia questioned Wolf’s defenders who claim she mocks people on both sides of the political spectrum.

“Her entire shtick is her contempt for the president, his family and conservatives."

“Her entire shtick is her contempt for the president, his family and conservatives. They say she offends everyone but I have yet to see her take a swipe at a liberal in the same vitriolic way,” Sabia told Fox News. “Her jokes, if you can call them that, are beyond crude, they are offensive to anyone with a sense of decency.”

“Her jokes are so juvenile and, thankfully, Ivanka's a strong woman because Wolf's jokes are the crude, unfunny material,” Houck told Fox News.

Wolf has a history of attacking surrogates and family members of President Trump. She once called Eric Trump "an abortion" and famously took several personal jabs at Press Secretary Sarah Sanders during the White House Correspondents’ Dinner.

“The left wants to lecture the president and supporters about how words matter and still try to connect him to The Capital Gazette shooting, but they proudly stand and support rhetoric from people like Wolf. If liberals didn't have double standards, they would have no standards,” Houck said.

Last month, Wolf poked fun at first lady Melania Trump by commenting on rumors that her 25-day stint away from the public eye was an effort to hide plastic surgery or even domestic violence during an episode of her Netflix show.

“After not being seen for 25 days, Melania has reappeared following her kidney surgery. Some people are saying this is Melania’s cover for plastic surgery, but I don’t buy that,” Wolf told her audience. “Her husband obviously loves her for who she is.”

The comedian continued by lamenting a reality where she would have to respect Melania as a “feminist icon.”

“Whatever really happened with Melania, I genuinely hope it doesn’t come out that Donald hurts her. One because that’s bad, and two then we couldn’t make fun of her anymore. We’d have to make her into this brave feminist icon and I don’t wanna do that!” she said before insulting her role. “I like making fun of Melania because she’s a bad first lady. She’s one of the worst we’ve ever had. I haven’t seen someone phone in this whole first lady thing since Betty Ford was still drinking.”