Angelina Jolie hinted she was considering shifting to politics.  (AP)

Academy Award-winning actress Angelina Jolie hinted that she was open to making a splash in the political realm.

Jolie, 43, appeared on BBC Today as guest editor Friday and when getting into a discussion about politics, she didn't rule the idea out.

"If you asked me 20 years ago, I would've laughed... I always say I'll go where I'm needed, I don't know if I'm fit for politics… but then I've also joked that I don't know if I have a skeleton left in my closet,” she joked.

“So I’m pretty open and out there,” she continued. “I can take a lot on the chin so that’s good. But I honestly will do whatever I think can really make change.”

Jolie noted that her years working in the U.N. has allowed her to work with other governments and militaries. 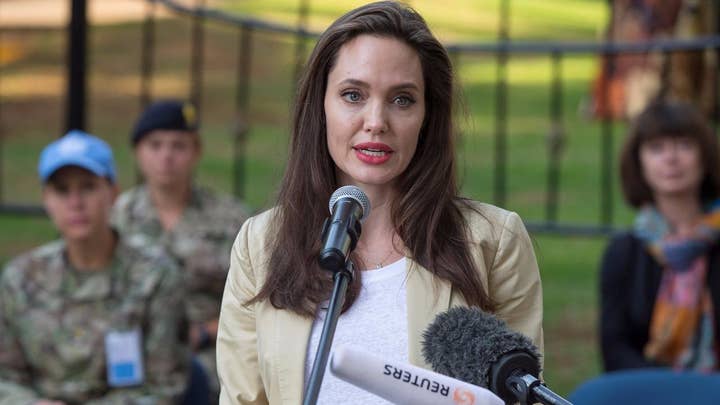 The “Changeling” star laughed when the host suggested she could be on the list of Democratic nominees considering a presidential run.

Later in the interview, Jolie spoke about her children and social media. She said none of her children have asked to join Facebook. Jolie is currently not on Facebook.

"We're the last family that hasn't gone on Facebook!" she said.

Jolie was working with the network on a weekly news program aimed at children. She will serve as an executive producer on the show that’s slated to air next year.