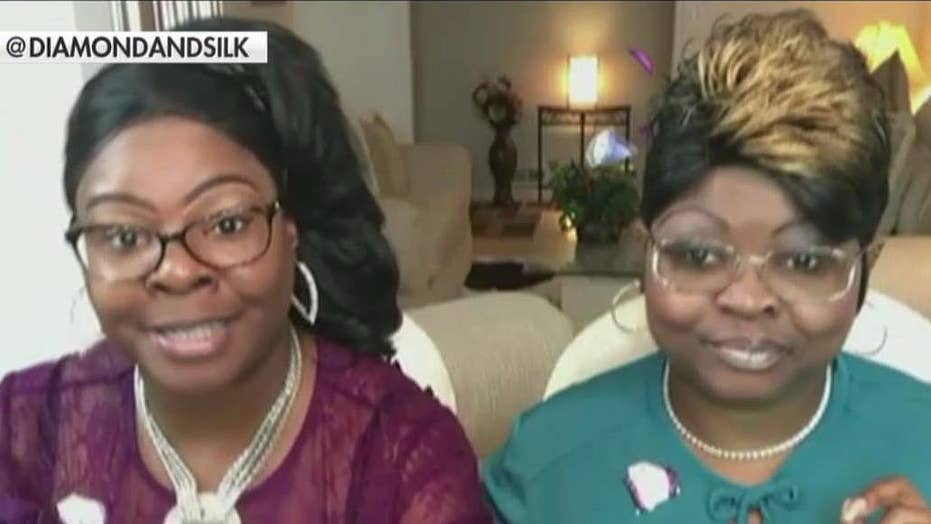 Diamond and Silk: Hillary is on a desperation tour

The ladies get the final word on 'Hannity'

Hillary Clinton has appeared on a variety of friendly platforms to promote her new book, but CNN’s Anderson Cooper's interview Wednesday night may have been the softest yet - touching on yoga and "nostril breathing" and Broadway.

The “AC360” host asked Clinton about her favorite Broadway musical, yoga and even “alternative nostril breathing” during a 38-minute interview that allowed her to vent about losing the election while simultaneously promoting her book, "What Happened."

The former presidential candidate also appeared on ABC’s “The View” and NBC’s “Today” on Wednesday and both interviews essentially went exactly how media watchdogs would expect. The mostly female crowd of “The View” chanted pro-Clinton messages and cheered the former First Lady. Meanwhile, NBC’s Matt Lauer confronted Clinton about her criticism of the “Today” host in an interview that featured at least one hard-hitting question when he asked, "Did you make enough mistakes yourself to lose the election?"

Cooper kicked off the CNN interview by asking Clinton if it feels good to be “less guarded,” which set her up to explain how candid and revealing her new book is compared to how she’s typically perceived. The conversation quickly changed to Inauguration Day, giving Clinton an opportunity to call President Trump’s speech “a cry from the white nationalists’ gut” while praising herself for attending in the first place.

“I’m afflicted with the responsibility gene. I did the right thing,” Clinton told Cooper. “I did everything that I was supposed to do.”

The CNN host and Clinton then shared a good laugh about the time she mixed up Jason Chaffetz and then-Chief of Staff Reince Priebus, invoking “Les Miserables” in the process.

When the conversation turned to yoga and alternative nostril breathing, Cooper took off his glasses and asked for a demonstration of the breathing technique that Clinton apparently details in “What Happened.”

“You’re supposed to shut your eyes, I don’t want to shut my eyes on national television,” Clinton said before demonstrating the act with her eyes open.

“I can only say, based on my personal experience, that if you’re sitting cross-legged, on the yoga mat, and you’re doing it and you’re really trying to inhale, and hold it and then have a long exhale, it is very relaxing,” Clinton said. “I found it quite helpful.”

Cooper did find time to ask legitimate questions about James Comey, the Electoral College and misogyny – each of which resulted in Clinton essentially blaming someone for her loss to Trump. The CNN host didn’t ask a follow-up question when Clinton called the infamous tarmac meeting between Bill Clinton and Loretta Lynch “inconsequential,” despite the fact that CNN legal analyst Paul Callan once said it showed “incredibly bad judgment” between the former Attorney General and the 42nd president.

The interview eventually turned to talk of alleged Russian interference and Cooper asked if Trump’s victory should have an asterisk, giving Clinton an opportunity to fire off a list of Russian-related, anti-Trump headlines.

At one point Clinton even praised Cooper for asking a tough question to Trump about the infamous “Access Hollywood” tape during the presidential debate that the CNN anchor co-moderated. Cooper started the 2016 debate by asking Trump about his comment that was caught on a hot mic about grabbing women by the genitals.

“I want to thank you. I want to thank you, Anderson. I’m hard on the press, as you know from reading the book, in many ways,” Clinton said. “I thought the way you started that debate, what you said in the beginning, needed to be said and I really appreciated that.”

While Cooper asked Trump a difficult question during the debate, he didn’t repeat the act on Wednesday night with Clinton.