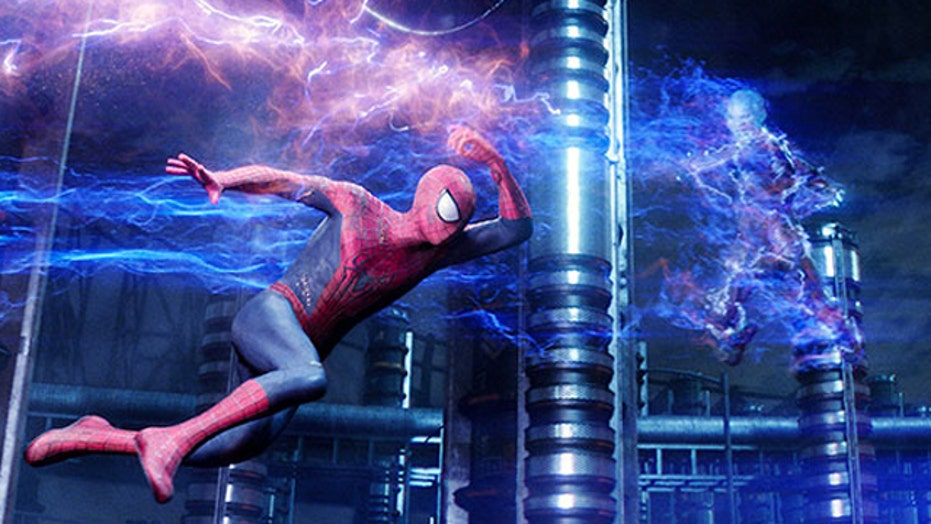 Does 'The Amazing Spider-Man 2' spin a good web?

NEW YORK – “The Amazing Spider-Man 2” swings into theaters and nearly splats against a wall with an over-saturated plot and way too many villains.

Andrew Garfield and Emma Stone return as Peter Parker and Gwen Stacey in this long – very long – two and a half hour long – did we mention its long? – sequel. They didn’t quite use their spidey-sense in the cutting room.

One problem is “Spider-Man 2” isn’t quite sure where it wants to call home within the Marvel cinematic universe. Is it a drama? There is probably more drama and character development in this Spider-Man film than all the Marvel films combined.

Or should it be the comedy? “Spider-Man 2” jumps from drama to outrageous bouts of campiness then back to drama resulting in whiplash and exasperation rather than a sensible cohesion.

Now the heavy emphasis on drama isn’t to say there’s no action. Don’t be surprised if by film’s end you are hearing-impaired from the frequent deafening screeches from Electro’s (Jamie Foxx) static in his many set-pieces. One such set-piece is indeed mind-blowing; Spider-Man and Electro go face-to-face in in New York’s Times Square in a spectacular battle.

But beyond the Times Square sequence, the action scenes are rather generic.

And speaking of generic, director Marc Webb’s “The Amazing Spider-Man 2” is visually homogeneous. The production design, costumes and cinematography hardly look different from Sam Raimi’s recently departed Spider-Man franchise. Why bother rebooting if you’re not even going to create a new, unique visual identity. Apart from Garfield and Stone’s fantastic performances (compared to Tobey Maguire and Kirsten Dunst), there is little separating this outing from Rami’s and it will be so easy to confuse scenes from one franchise with the other.

The supporting cast is tops. Chris Cooper hams-it-up in a brief scene as dying Oscorp head Norman Osborn. Paul Giamatti is outrageous as a Russian thug while Sally Field opens the tear-ducts as Aunt May. The highlights are Dane DeHaan -- a spitting-image of Leonardo DiCaprio from fifteen years ago -- who is superb as the sniveling, whiney and extremely arrogant Osborn brat, and Foxx as the campy Electro who takes on every equally campy bully that stands in his way.

With some help from Pharrell Williams and Johnny Marr, Hans Zimmer’s eclectic score electrifies the action and characters, providing an excellent blend of groove, intensity and comedy in all the right places -- something Roberto Orci, Alex Kurtzman and Jeff Pinkner’s script is never really able to pull off.