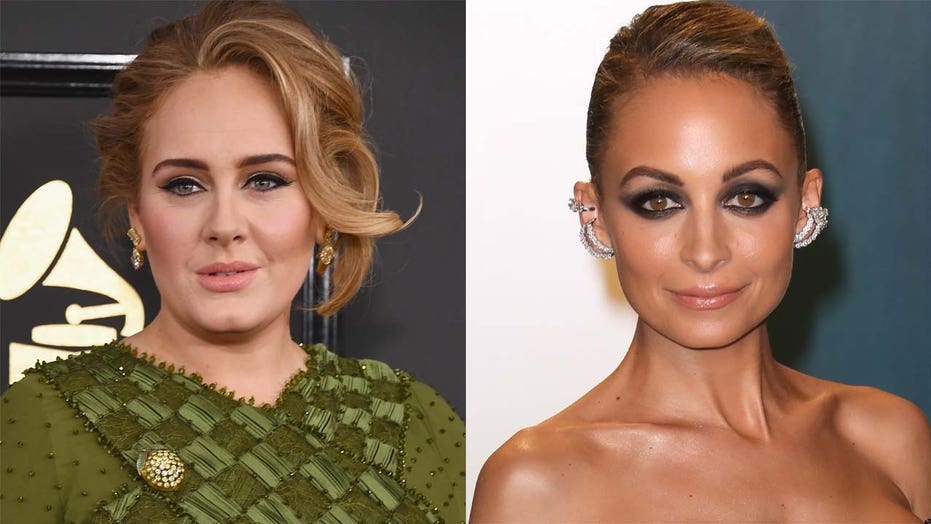 Adele is sharing some birthday love with pal Nicole Richie.

The 32-year-old songstress took to Instagram on Saturday to send a "belated" birthday wish to Richie, who turned 39 on Monday.

The post contained several photos, and a video featuring the "Nikki Fre$h" star hiding around a corner as Adele walked into the room.

Richie jumped and shouted, scaring the singer, who then reached down to grab the former reality star, who was on the floor laughing.

Richie shared the same phrase in the comments.

"Happy belated birthday to my daily dose of grace @nicolerichie I admire you and love you so much," wrote Adele in the caption. "You are the epitome of self preservation, self love and absolute savagery! You are so so cherished by so many angel girl!"

The star concluded: "Keep making us laugh babes, we adore you to the moon and back."

A handful of photos featuring the famous pair accompanied the video.

In one photo, the two smiled as Richie stood behind a pane of glass, another showcased the two cuddled up with a giraffe -- and Adele didn't look too pleased.

The final two photos showed the two all gussied up in dresses.

Famously private, Adele has made headlines in recent months for her stunning weight loss, as well as in anticipation of an upcoming music release.

Earlier this year, the "Hello" singer performed at a friend's wedding and told the audience to expect new music in September.

However, in June, she mentioned in the comments of an Instagram post that she wasn't planning to release music because "corona ain't over."

"Be patient," she wrote to a fan that asked for release information, adding a red heart emoji.