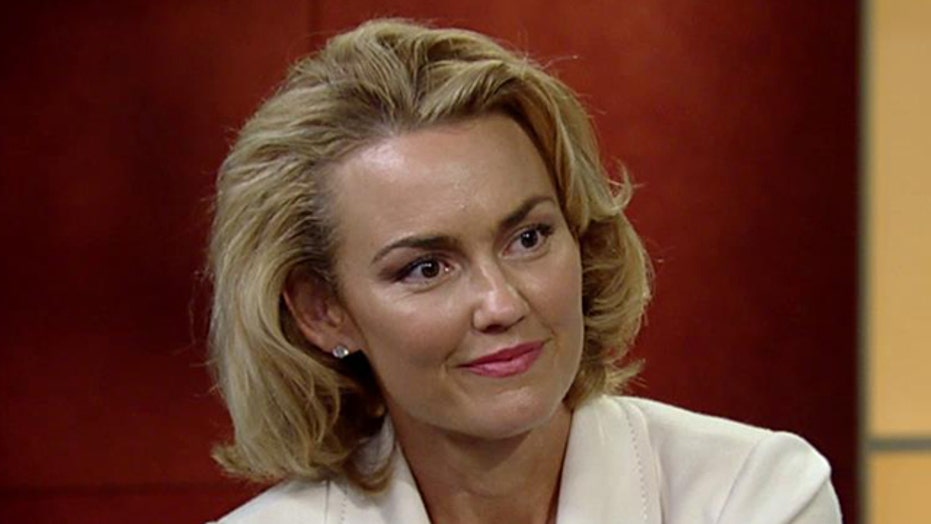 Actress Kelly Carlson explains why she bought a gun

“Nip/Tuck” actress Kelly Carlson began training in Kali, a form of martial arts from the Philippines, when she was 19. But despite her extensive self-defense training, she found herself in a life-threatening scenario where her martial arts background wasn’t enough.

"Owning a firearm...was life changing for me because women for sure, but even men too can be in a very, very vulnerable position with no options if you have intruders or any scenario where you're being dominated physically," Carlson told FOX411. "[A firearm] is the only equalizer you have."

The 39-year-old revealed a person in her past began stalking her in 2012 and even hired people to break into her home and tap her phones. After several break-ins and being followed on the streets, she contacted law enforcement who were not sympathetic to her situation.

“Law enforcement, they didn’t take me seriously. probably because I’m an actor but also because my situation was a little crazy,” she admitted.

One good thing came out of the scary ordeal: Carlson met her husband Dan after hiring him to teach her counter-surveillance.

"I had learned self defense for many years but I just knew around that time I needed some help," she admitted. "My attorney and I were interviewing some people that provide security but no one that we interviewed understood counter-surveillance." Carlson ended up calling a friend on the East Coast who recommended someone who could help her.

"He recommended Dan, who is my husband now," she said. "I mean, it's a happy ending because I lived through it but more so I did meet my husband. He couldn't have been a better trainer and he's such a good teacher and he didn't ever question my scenario."

Carlson understands why a person may "fear firearms," but she explains "it's crucial for people to look at it from a logical standpoint and take the emotions out of it because one needs to have that option to save them."

The actress believes she has the perfect platform to advocate for firearm use and safety not only because of her celebrity, but also because she has a family member who was murdered by firearm.

“I wanted to tell my story because it's unique where I’ve had a family member be murdered from a firearm and not for a second did anyone think in my family to champion stricter gun laws.”

The Minnesota-born model said that if her view on firearms has hurt her Hollywood career, she doesn’t care.

“It probably has and I don’t know it...I don’t care.” According to Carlson, “people think Hollywood is very anti-guns but California is huge and we have way more support than people think and I’d like people to know that...that was surprising to me and I was happy to know there’s such a huge [firearm] community and that you have a lot resources for safety training.”

Carlson tells her story on an episode of Outdoor Channel’s “NRA: All Access” airing on July 15. She decided to share her past experiences because she’s “a woman who has a little bit of a public platform.”

“If this happened to me, it's happened to millions of women. I have the responsibility to educate people about firearms and also share my story,” the 39-year-old said. “I'm not telling people to just go get [a firearm], they’re not for everybody. While my message is supportive,  I also very much emphasize on training and safety because it is a dangerous weapon. It’s a lifestyle and it can save your life.”

Catch Carlson on Outdoor Channel's "NRA: All Access" on July 15.