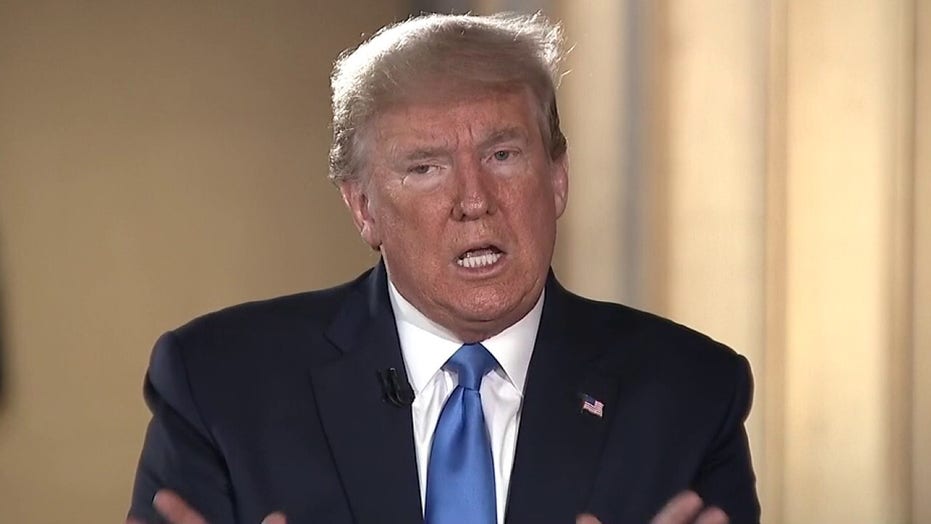 President Trump responds to a question during Fox News' virtual town hall about why he did not act sooner to prepare for the pandemic.

Lesley Stahl, the “60 Minutes” correspondent, said Sunday that she was hospitalized for a week due to coronavirus complications.

“One of the rules of journalism is ‘don’t become part of the story,’” she said at the end of Sunday’s broadcast, according to the Associated Press. “But instead  of covering the pandemic, I was one of the more-than-one-million Americans who did become part of it.

TRUMP TELLS FOX NEWS WHEN TO EXPECT A CORONAVIRUS VACCINE

Stahl, who is 78, is considered a high-risk patient with coronavirus due to her age, but she did not elaborate on the extent of her symptoms. She said that she was not the only staffer at the network to come down with the virus and said the symptoms ranged from mild to severe.

She said she spent two weeks battling pneumonia before her hospitalization, according to USA Today.

Stahl is the most prominent television journalist to disclose that they came down with the disease.

The virus has infected 3.5 million people and killed more than 246,000 worldwide, including more than 66,000 dead in the United States, according to a count by Johns Hopkins University. Experts say the numbers are likely larger.

Stahl is the dean of correspondents at television’s best-known newsmagazine. She joined “60 Minutes” in March 1991, and before that was moderator of the Sunday talk show “Face the Nation” and a Washington correspondent.

The Associated  Press contributed to this report