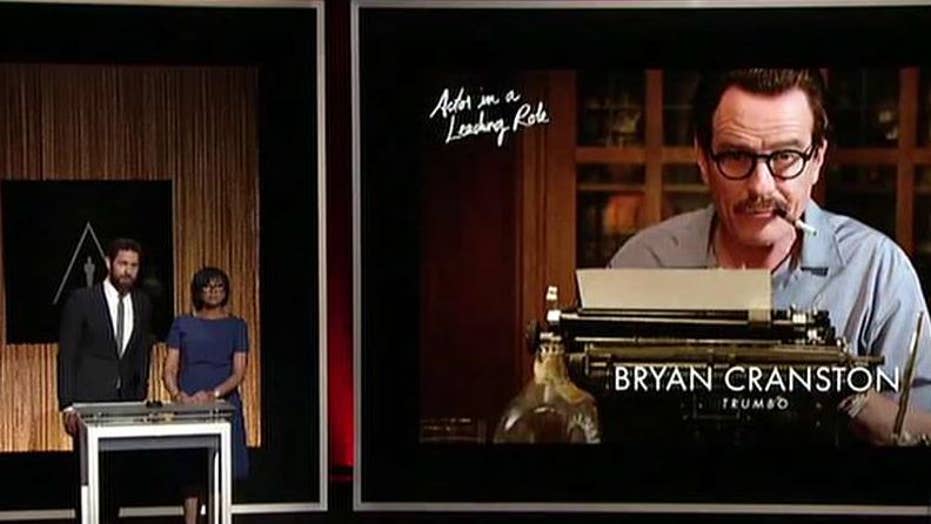 LOS ANGELES – The Oscars are taking some hits after the 2016 nominees were announced Thursday morning.

Some are criticizing the Academy of Motion Pictures for not nominating any African-Americans in any of the major categories, while other say race has nothing to do with who gets recognized.

Last year when Oscar nominations were announced, many protested the lack of diversity of the nominees. This year, for the second year in a row, no black actors -- or Latino actors for that matter -- were nominated in any of the 20 slots available for the four acting categories.

Will Smith for “Concussion,” Michael B. Jordan for “Creed,” Benicio del Toro for “Sicario,” many young actors from “Straight Outta Compton,” and Idris Elba for “Beasts of No Nation” were all left on the outside looking in.

Many took to social media to vent their frustrations.

“I wish I could tell you (why African Americans were not nominated),” Robertson said. “Especially when they have been recognized by other groups around in the community, and one would think that they would have also received equal recognition from the Academy. Especially when you consider there is a lot of overlap in membership with the professional guild, many of those individuals are also members of the Academy.”

Dan Gainor, vice president of business and culture for the Media Research Center, says the purpose of the Oscars is to recognize the talent and performance of the actors, regardless of race.

“Movie celebs have been forcing check-box diversity on Americans, and now they get upset when it's done to them,” he explained. “The Oscars are supposed to reward the best movies and the best performances, not cast the winners like civil rights performance art. The Oscars shouldn't be about Black Lives Matter or All Lives Matter. They should be about Talent Matters.”

After the 2015 nominations, #OscarSoWhite, became a popular hashtag on Twitter when actor David Oyelowo and director Ava DuVernay from “Selma” were excluded.

Academy president Cheryl Boone Isaacs said she had redoubled efforts to diversify the academy's membership, and slated Chris Rock — who a year ago famously labeled Hollywood a "white industry" in an op-ed in The Hollywood Reporter— to host this year's Feb. 28 ceremony.

"I really was disappointed," said Isaacs after this year’s nominations were announced. "What is important is that this entire conversation of diversity is here and that we are talking about it. And I think we will not just talk because people will say, 'Well don't just talk. You gotta do.' Talking gets to the doing, and we are going to do."

Robertson said its a problem that needs to be fixed.

“There seems like there was a disconnect,” he said. “I don’t know how it happened but certainly more work needs to be done to make sure moving forward that more voices are representative of the community and the country. This nation is changing in terms of its makeup and the Academy is just a bit behind that.”