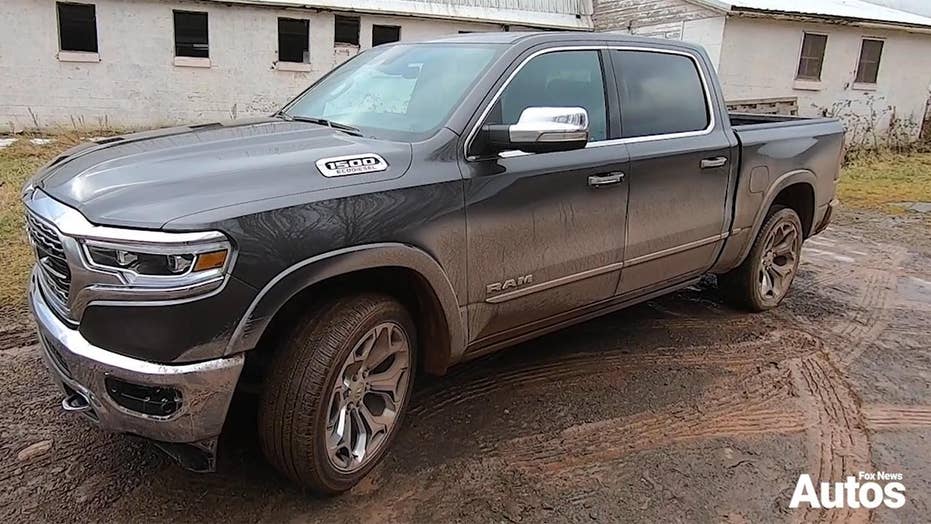 Once exclusive to heavy-duty pickup trucks, diesel-powered engines have recently come to full-size light-duty trucks as well. The Chevrolet Silverado 1500, Ford F-150 and Ram 1500 are among the most popular vehicles sold in America, and each one now offers a diesel engine. But is it worth getting a diesel in a truck that isn't meant for heavy-duty use?

Diesel-powered engines for pickup trucks typically offer big gains in fuel economy, towing capability and driving range compared to regular gas-powered engines. But there's a catch: They cost thousands of dollars more than their gas engine counterparts. Figuring out whether it's money well spent can be difficult, especially when a gasoline V8 might work just as well for most light-duty truck shoppers' needs.

Edmunds compared each truck's maximum potential towing capacity and maximum potential fuel efficiency with gasoline engines versus the diesels. Just know that real-world fuel economy results will vary based on your particular truck's configuration and use. Fuel costs in your area will also play a part in the decision.

The 3.0-liter diesel engine adds $4,995 to the price tag, which is considerable, but maximum towing capacity nearly doubles to 12,560 pounds. Fuel economy gets a significant increase too, with an EPA estimate of 26 mpg combined (22 city/32 highway).

The other optional engine in the lineup, Ram's available 5.7-liter V8, can tow a little more than the diesel ― 12,750 pounds ― but it gets an EPA estimate of just 19 mpg combined (17 city/23 highway) and requires mid-grade gasoline.

Verdict: The gains in fuel economy and towing power for the Ram 1500 diesel are significant. The diesel engine is easy to recommend for many Ram shoppers.

The F-150 does offer some strong gasoline engine upgrades, however. The optional turbocharged 3.5-liter V6, for example, loses some efficiency compared to the diesel — 19 mpg combined (17 city/23 highway) — but is capable of towing as much as 13,200 pounds.

Verdict: Compared to the Ram's diesel option, Ford's diesel fuel economy gains are similar, but the towing gains aren't as dramatic. Most F-150 buyers will be better off sticking with one of the F-150's turbocharged gasoline V6s.

Chevy's base engine for the Silverado is a 4.3-liter V6 with a maximum towing capacity of 7,900 pounds and an EPA estimate of 17 mpg combined (16 city/21 highway). As with Ford, Chevy has several optional gasoline engines to choose from.

The Silverado's diesel is a turbocharged 3.0-liter six-cylinder and is rated to tow a maximum of 9,300 pounds. That's the lowest number of the three trucks by a pretty large margin. Unfortunately, you can't get the diesel on the base-level Work Truck trim like you can with the Ram - the lowest trim level you can get the diesel with is the mid-level LT. On that trim level, the base engine is the 2.7-liter four-cylinder, and the cost to upgrade to the diesel is an additional $3,890. The EPA estimate for the Chevy's diesel is 27 mpg combined (23 city/33 highway).

That's the biggest fuel economy difference of the bunch, and worth the cost of an upgrade if you're willing to take the hit on maximum towing. Chevy's available V8s, however, are more appealing for towing. The optional 6.2-liter V8, for example, can tow as much as 13,400 pounds ― the highest of the bunch. However, it returns an EPA combined estimate of 17 mpg (16 city/20 highway) and requires premium fuel.

Verdict: If you're looking for a nice compromise between pulling power and fuel economy, the Silverado's diesel engine is an appealing choice.

EDMUNDS SAYS: All three of America's top-selling full-size light-duty pickup trucks now offer diesel engines as options. They are more expensive up front, but depending on the truck and your needs, it might be worth the money to make the upgrade. Make sure to also research local fuel prices and the higher maintenance costs associated with modern diesel engines before making a decision.